There’s a long process that goes on behind the scenes before you can get your latest purchase out onto the fairways from order entry, component collection, shaft cutting, swing weighting, bonding and curing, gripping, loft and lie checks to cleaning and quality control to name a few! But who are the people that follow this fundamental process?

“I remember my first few days very well as they were scary due to everything being new to me; both the work and the language! Imagine being trained on something new and couldn’t understand what you were being told. It wasn't easy but I was never one to give up at the first hurdle and little by little everything became easier and I'm still here after all this time"
– Susana Lourenco Da Silva, TaylorMade Club Workshop Assembler

“As a club workshop assembler, I spend most of my time building standard or customised golf clubs. On average we’re building over 2000 clubs per day which is a huge team effort as there’s been a high demand for our products”. For the last year, the golf industry has been bigger and better than ever and as one of the most resourceful members of our team, Susana’s role has been a contributing factor in the huge success TaylorMade has seen this year.

“Susana’s broad knowledge and eye for detail makes her a very versatile and dependable member of the team. She is an example of owning your core job responsibilities, despite the increase business demand she consistently shows a work ethic and drive that is an example to others.”
- Martin Sell, TaylorMade Workshop Supervisor

Then we move to the swing weight area where we place small weights inside the heads, we have adequate weight specifications for each type of head (be it a set of irons, a hybrid, driver, fairway, or wedge) and what we do is follow that rule and make them match these specifications ( placing the respective heads in the respective shafts (an example: if it is a 4 to Pw set, we place the head with the smallest number in the longer shaft, doing the same with the following shafts, then we place the grip, the shaft and the head on a swing weight machine.

The next step is gluing the head to the shaft. We align the logo of the shaft with the head, whether it is aligned on the front or the back of the club, then we place the clubs on the carousel, a large rolling heater where the clubs will dry for about half an hour.

After this half hour of curing, we move to gripping. We align the head on the gripping machine and put a double-sided adhesive tape and sometimes we add some extra normal tape (if the customer prefers the grip with wraps). This tape has the same measure as the grip chosen by the customer for the order and we put it on top of the shaft, adding detersol first (an appropriate solution to help the grip sliding when placed on the shaft) and then we have to make sure the grip is aligned with the head and with the shaft logo. It's all about alignment!

Then we move on to bending, which consists of bending the head with the help of a suitable tool, leading to the loft and lie desired by the customer. After this we clean each club and then move into our quality control process where every aspect of the club is checked.

Finally, we sanitise and pack each order and once completed it’s moved into the shipping area.

There’s a perception that to work within the golf industry you have to be a golf fanatic. This is certainly not the case and for many working at TaylorMade Golf it was never a consideration until the opportunity presents itself.

“My dream since I was little was to be a flight attendant, a hostess, but life didn't provide it that way, and when that happens, you have to look for other directions and mine led me to TaylorMade. To be honest I was never a fan of golf, I didn’t know much about the sport but look at me now.”

Relocating to the United Kingdom from Portugal, curiosity got the better of Susana and in a place where she couldn’t speak her native language, her club building did the talking for her. Learning on the job in an unfamiliar environment would be overwhelming for most, but testament to her character Susana’s pursuit to be better today than she was yesterday is a driving force and during her 5 years at TaylorMade she’s become an integral part of the team. 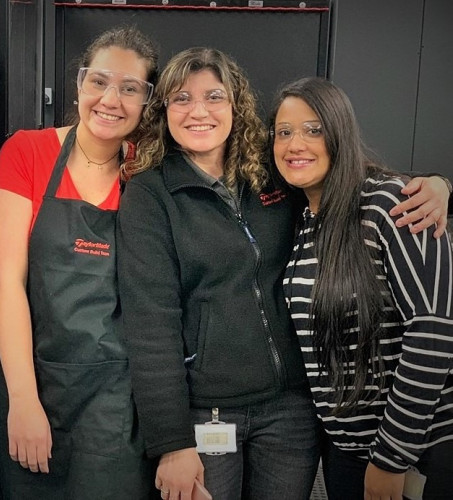 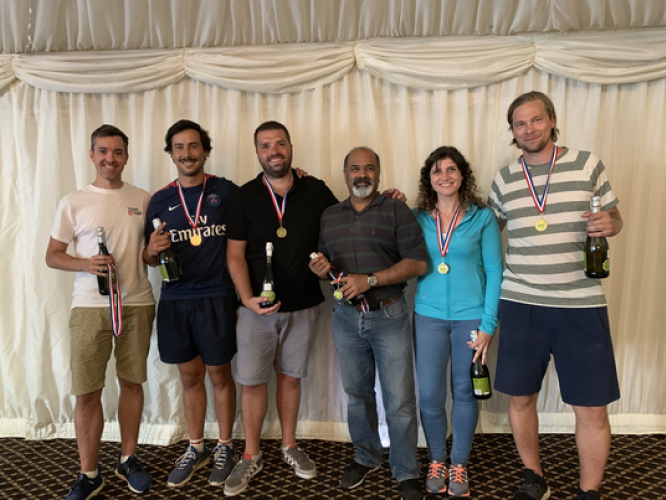 “I like to know that in some customised club builds I’m doing something specific and personal for someone!”
– Susana Lourenco Da Silva

Susana’s drive to be better tomorrow than she is today is a value that’s passed throughout the whole team. “Many new colleagues are handed over to me to be trained and in the past 5 years I’m proud to know that we’ve built a fantastic team and environment to work in on a daily basis.”

She says “Sometimes I find myself watching video’s of Tiger Woods or Sergio Garcia and feel a sense of pride in the fact that a member of our team has built the equipment that they’ve put in play”.

Taking to the course herself it was a memorable experience, “I was able to hit some of the new product with the team and it was a totally new experience for me. It was clear that playing golf wasn’t going to be in my future, I think I’ll stick to building them, not playing with them!” she laughs.

“We wear the shirt” is a well known saying in Portugal and is said when someone’s committed and does the best they can in their job and in her own words “TaylorMade is no exception”.