History Brought to Life | Behind the British Open Accessories From TaylorMade

The significance of 18 major championships is heady for us all. However, it has a different meaning for TaylorMade Graphic Designer Dennis Kennedy. The release of the 2021 British Open staff bag marks the 18th major championship bag he's designed in his career.

It's a special feeling and responsibility. His works traverse some of the most renowned fairways known to this game and carry the tools of some of its most artful players. It's only natural that the bags themselves be a work of art.

"I've pushed to get better and better at storytelling with each bag," says Kennedy. "Being obvious is something I try to avoid, and it's the little easter eggs that I pride myself on the most."

There's no shortage of details to discover in this year's collection of British Open Accessories. Let's unpack how these unique bags and headcovers celebrate the 149th playing of golf's oldest major.

The theme centers around a thatched roof starters hut, a long-recognized symbol of the venue that's hosting its 15th British Open. It sits adjacent to the first tee and serves as a reminder of the course's 124-year history. To capture that essence, the bag features a textured brown upper that represents the straw roof. White side panels are meant to mirror the walls, while a black TaylorMade logo completes the look.

"Anytime you see an image of that starters hut, you immediately know what course it is. We tried to highlight that in the overarching themes of this bag. The color palette may seem simple at first glance, but we selected them with great intent. When you look at the hut, there are only three colors – the brown roof, the white walls and the black hinges on the door. We wanted to stay true to those colors within the design."
Dennis Kennedy - TaylorMade Golf | Graphic Designer 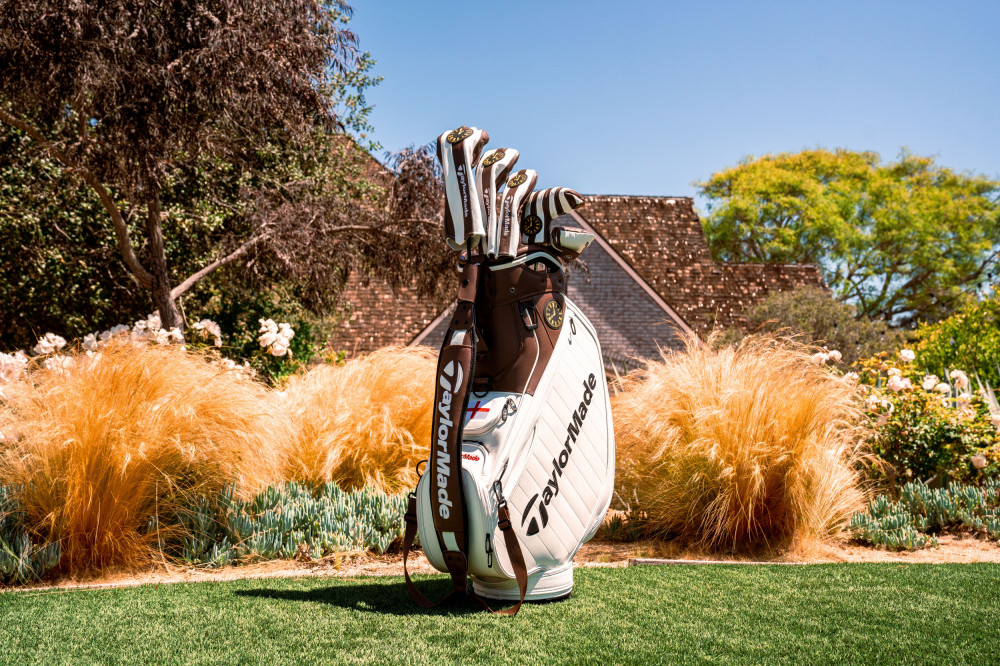 Going back to Kennedy's drive to push beyond the obvious, the small details play a big role in this bag and headcover combo. The course is located in the historic town of Sandwich, England. Yes, that town, the one known as the birthplace of our modern lunchtime go-to. So, it would have been easy to put a bunch of sandwiches on the bag and call it a day. Still, instead, Kennedy opted for the subtle choice of lining the interior with sandwiches of lettuce, tomato and the roman numeral 149 (a nod to the 149th playing of this major).

Beyond that, a St. George cross sits above the ball pocket, a weathervane (a marquee figure on the starters hut) adorns the valuables pouch, and a clock set to 8 p.m. rests on the upper. Why 8? The centuries-old St. Peter's Church is the guardian of an ancient Sandwich tradition. To this day, every day, a curfew bell rings at 8 p.m.

A note along the handle reads "No Name Street" in conjunction with a tiny stretch known mainly among Sandwich locals. 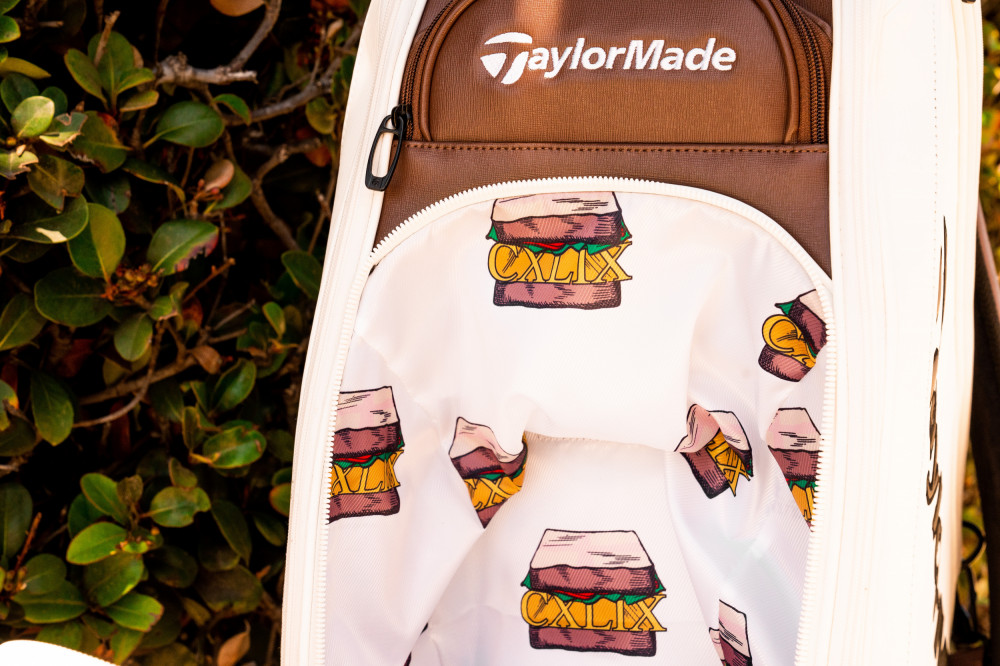 "Many times, over the years, I've connected with club members, residents and people who've visited the towns where majors are hosted. That's inspired me to include things in the design that connect with them. Things that are authentic to the region and the people who live there, adding another layer." "We want something visually appealing right off the bat, but when you get closer, you see the easter eggs and have another moment of excitement."
Dennis Kennedy 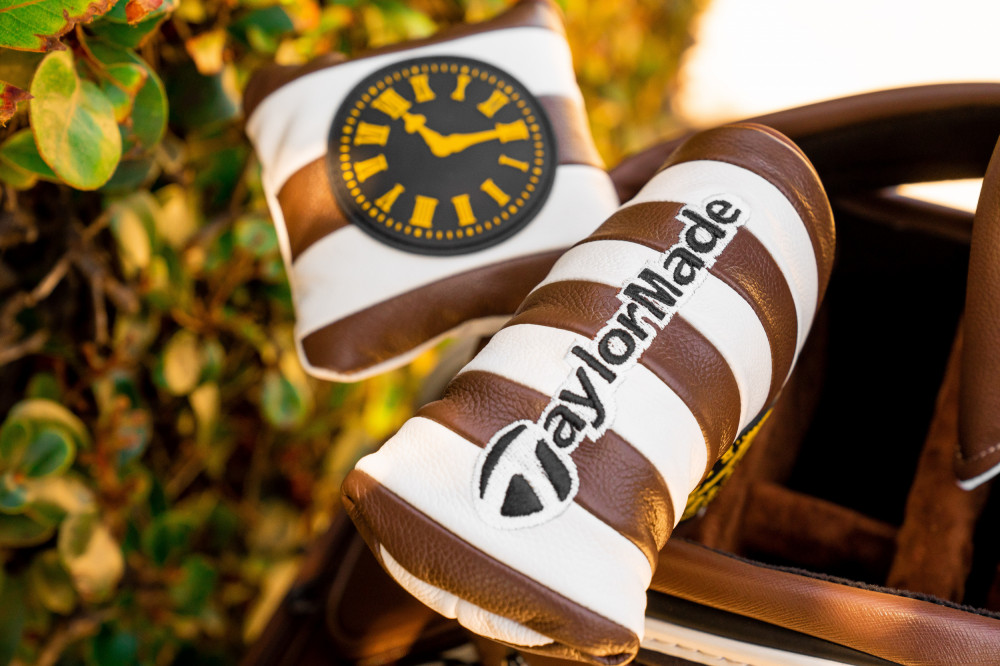 Accompanying headcovers are inspired by the architecture of the nearby Sandwich Guildhall Museum, which documents the town's 2,000-year history. The brown stripes reflect the paneling on the main entrance. The clock on each cover signals the club type. For example, it's set to 1 o'clock on the driver. Paying homage to the Sandwich links, the interior lining features a cheese sandwich with the Roman numeral "149" in the center – celebrating the 149th playing of the British Open. 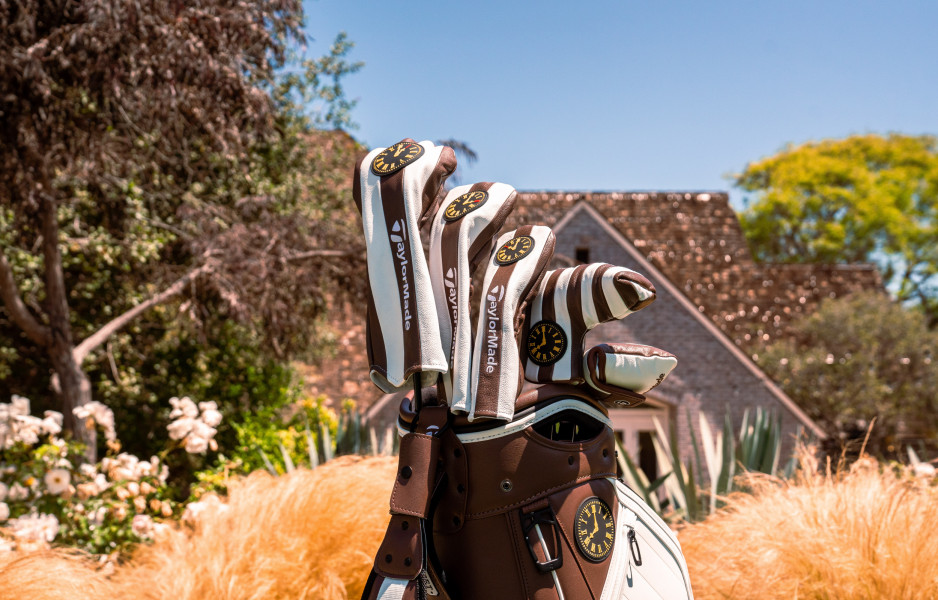 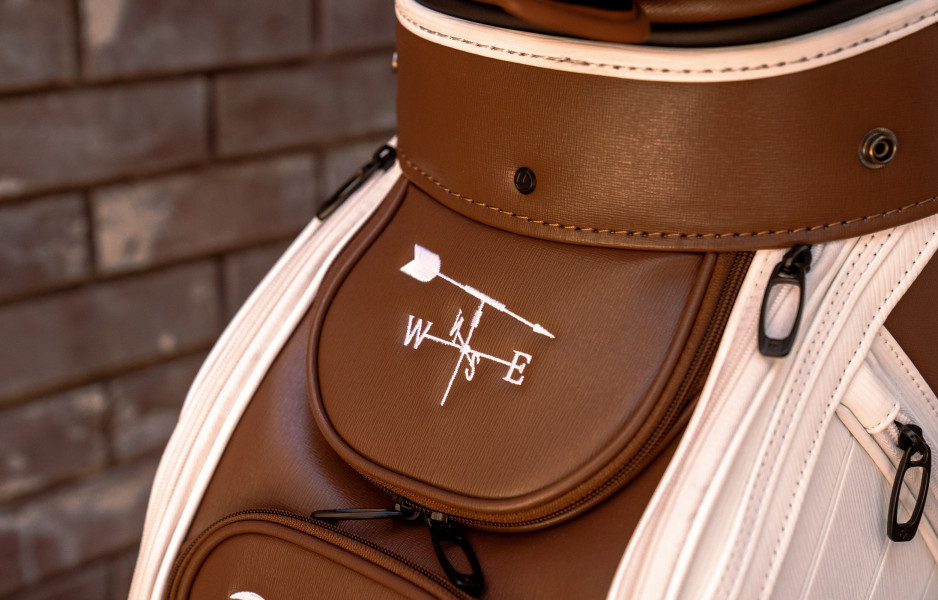 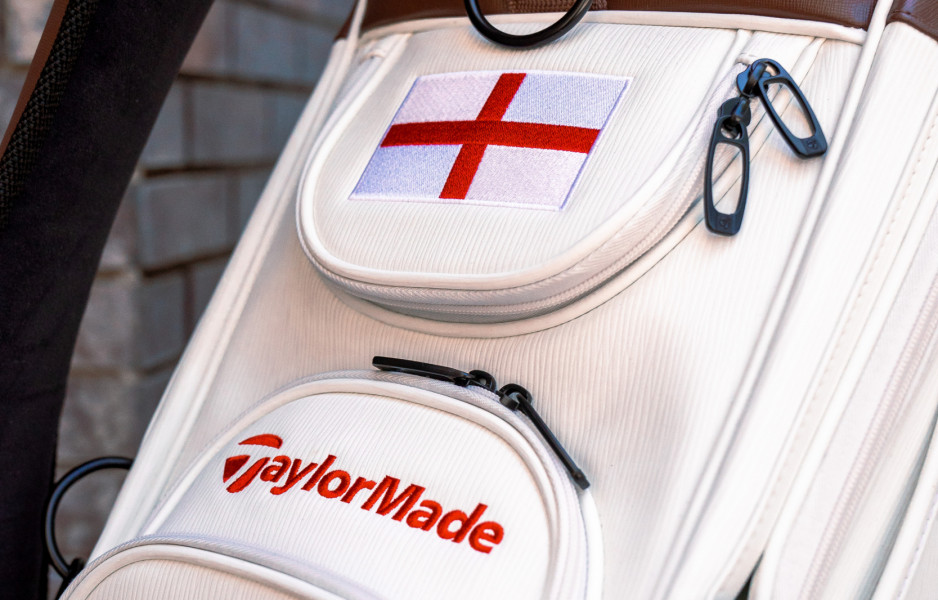 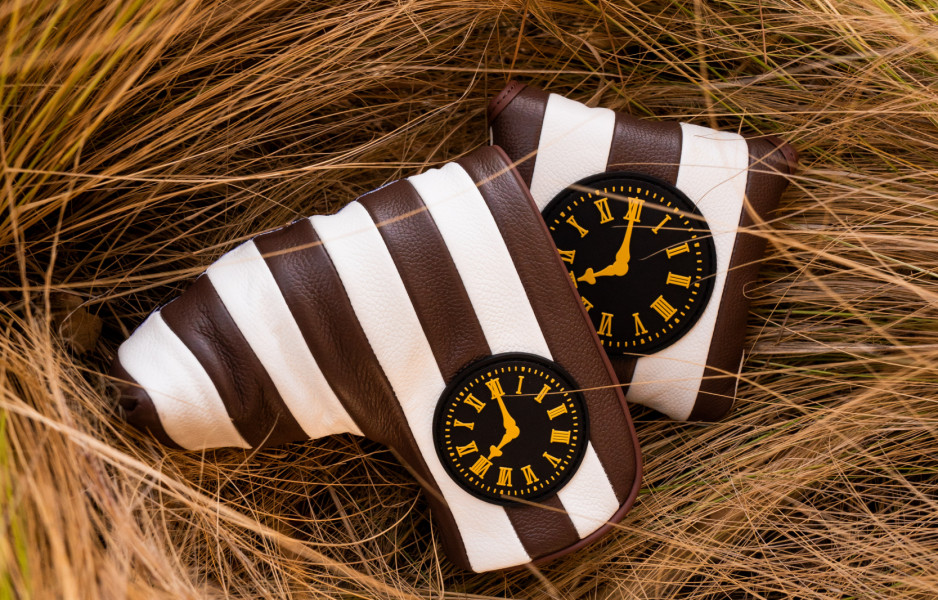 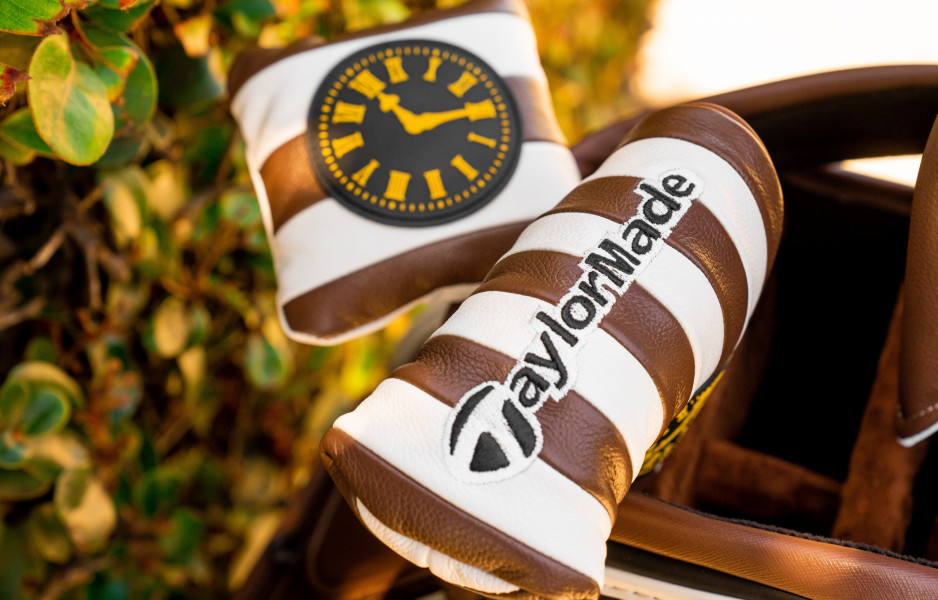 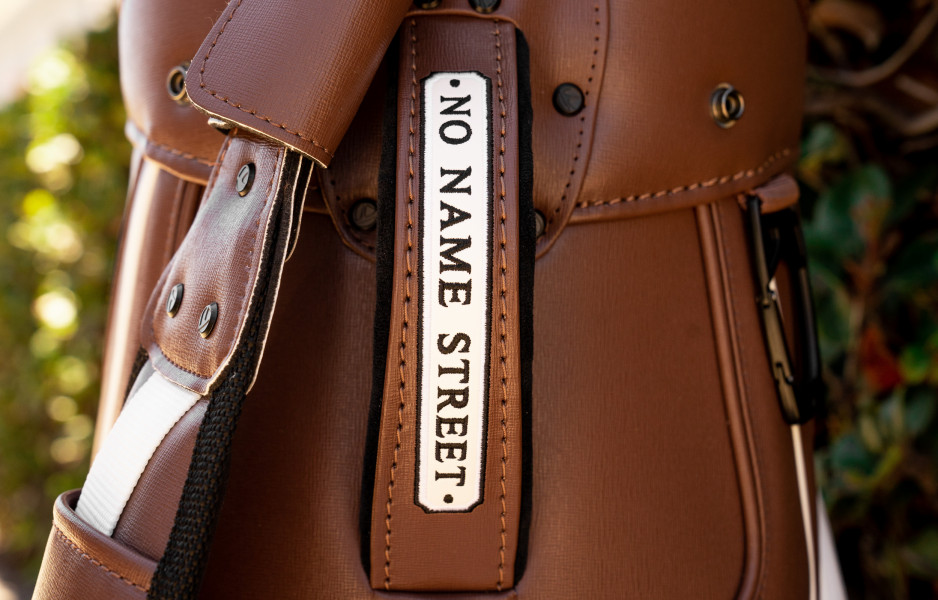 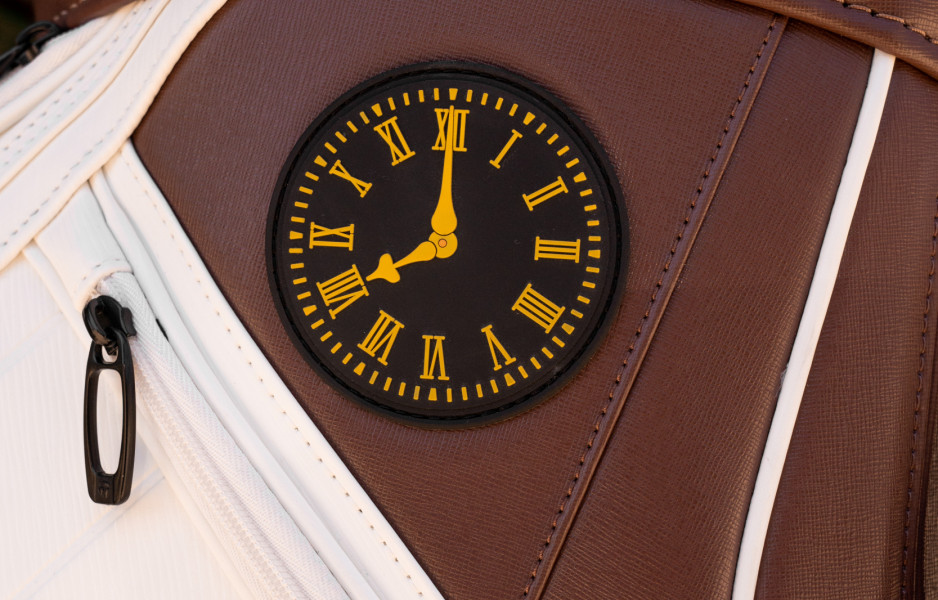