Behind the Design | Detailing the Advancements of Milled Grind 3

A good wedge must be versatile. It has to perform on short finesse shots, on full swings, tight lies and out of the rough. Pretty much any on-course scenario you can think of, your wedge needs the ability to deliver.

Perhaps the same is true of wedge designers.

TaylorMade's Greg Cesario played a vital role in the shaping and sole designs of the new Milled Grind 3 wedges. Over the course of 12 years, he's held multiple jobs at TaylorMade. He ran The Kingdom, for starters. Then he worked on the U.S. Sports Marketing team to sustain and grow the brand's green grass staff program – in essence, ensuring Team TaylorMade has the best club professionals at the top golf courses around the country.

The latest addition to his job responsibilities: Wedge design.

This didn’t happen overnight. Greg's father, Mario, was a master club builder and designer that opened a shop in Southern California back in the late 60s. That's where he grew up. He was 10 when he started regripping his own clubs. By 12, he was grinding wedges and irons. To this day, he's still capable of shaping a persimmon driver from a block of wood and "whipping" one. (Look it up if you must!)

Not only is he knowledgeable on equipment, fitting and the industry – but he's also a player. Following a stellar college career at Arizona State, Greg recorded 25 PGA Tour starts in the early 90s and made roughly half of the cuts. Later that decade, he jumped into the equipment world, where he had the opportunity to create wedge-fitting methodologies and learn from a master craftsman in the industry.

From the grind of tour life to grinding wedges, he has all the experience needed to craft golf clubs for players at every level of the game, and Milled Grind 3 is his TaylorMade debut. We sat down with him to learn more about his journey to this point and dissect the details of MG3 wedges.

You have the career trifecta for club design. You have experience as a player, a club builder/fitter and you’re an industry veteran. How has that gotten you ready for your debut product, Milled Grind 3?

In my career, both as a player and on the equipment manufacturing side, I've been fortunate to experience the best performing wedges in every decade over the last 40 years. Across that much time, you develop an eye for what looks right. You build up the touch to determine what feels right. With Milled Grind 3, I tried to take the best of some of history's most successful wedges and combine them with modern technologies and access to data.

I think of it like this. Imagine you have a 1920 original Donald Ross course. Over time, it starts to lose its shape around the greens; the bunkers become less refined, the edges fade and get washed out. The bones and infrastructure are there for something astonishing – it just takes some sharpening of the details to breathe new life into it. MG1 and MG2 put us on the map and laid a great foundation. That's how I view what we've built with Milled Grind 3.

And while I played a role in the shaping and sole geometries, pulling a lot from my playing career where short game was the backbone of my success, we have a strong wedge team that made it all possible. From Bill Price on the product creation side to Paul Demkowski in R&D and a team of CAD engineers. Then there’s Brian Rahman, who has a Ph.D. in research and testing. I don’t think there is a more talented think tank in the industry. The development of MG3 was a pure team effort.

How much of wedge design is art vs. science, and how do you balance that?

It may be true that it's more challenging to pack technology into a wedge than it is a driver, for example, the moment you say wedge science is limited is the moment you start limiting your design potential.

We've been experimenting with ways to find optimal CG (center of gravity) placement and how new geometries can impact that. We know that CG locations can influence launch, trajectory and spin. Everyone is chasing the ability to produce lower launching and higher spinning wedge shots to help players with precision distance control. In that space, moving CG just a few millimeters can have big results.

Beyond that, we're continuing to advance our spin and friction capabilities – aiming to reduce the decay of spin from dry to wet conditions.

Sole shaping will always be at the core of wedge design. It dictates that moment of truth where club, ball and ground all interact at once. Ultimately, everything I just discussed is influenced by the art and science of wedge design. They work hand-in-hand. 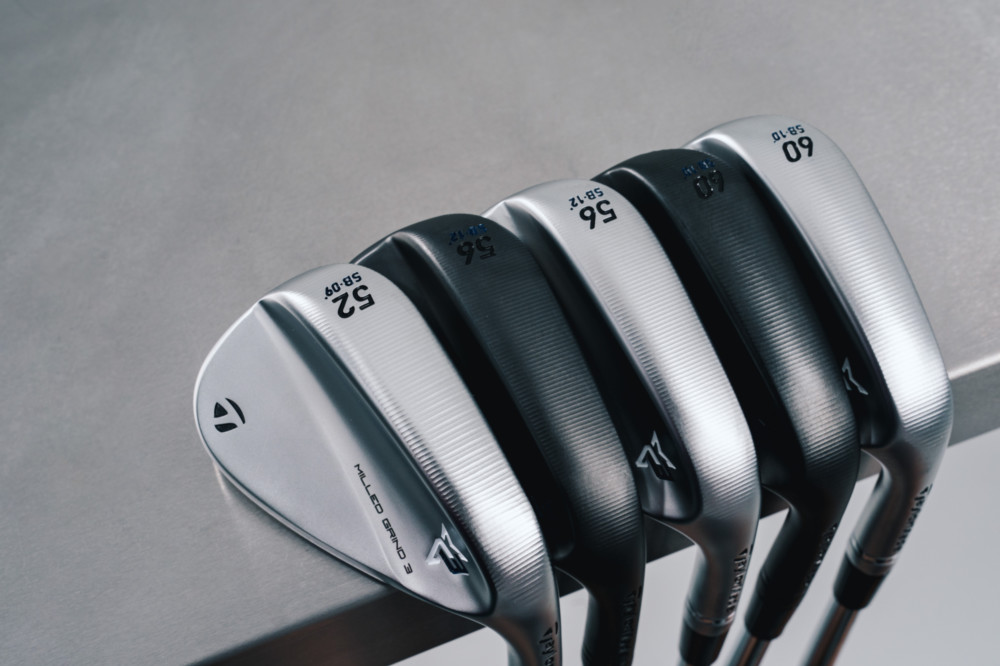 Speaking of sole designs, we made some significant changes to our Low Bounce, Standard Bounce and High Bounce grinds. Can you walk us through those changes?

When developing these three sole designs, we wanted to ensure significant performance separation and minimal overlap. Our goal was to capture the majority of golfers, so no matter your skill level, how you swing or where you play, we have a wedge that's going to fit your needs.

Across the trio, we focused on making these wedges more turf-friendly. What does that mean? Looking at the Low Bounce option first, the design keeps the leading edge low to the ground when you open the face. That helps the clubhead slide under the ball on tight lies and have less potential for digging. To put it simply, it's a more forgiving entry and exit to the turf.

We also increased the camber (the roundness of the sole from front to back and heel to toe) to help the club glide through the turf even more.

The Standard Bounce is built on a similar philosophy. We also shortened the width of the sole slightly to make it more playable while maintaining a higher degree of bounce. The High Bounce design remains the most forgiving of the bunch. It is more suited for players who have a steep angle of attack with their wedges or who play mostly in wet conditions where you need a heavy deterrence to digging.

You already touched on science and technology, but let's get into the breakthrough feature of Milled Grind 3: Raised Micro-Ribs. What's the impact of that technology, and what will golfers notice right away?

Wedge technology centers on spin and launch. Two key things impact spin: Groove design and face texture. Friction is the secondary effect of spin; it essentially helps the ball stick to the face a little longer and reduces slippage. We define slippage as how much the ball slides up the face at impact. That happens more when it's wet outside during those early morning tee times or after a bit of weather hits. Our Raised Micro-Ribs increase friction and reduce slippage on short partial shots around the round – that's particularly true in wet conditions. 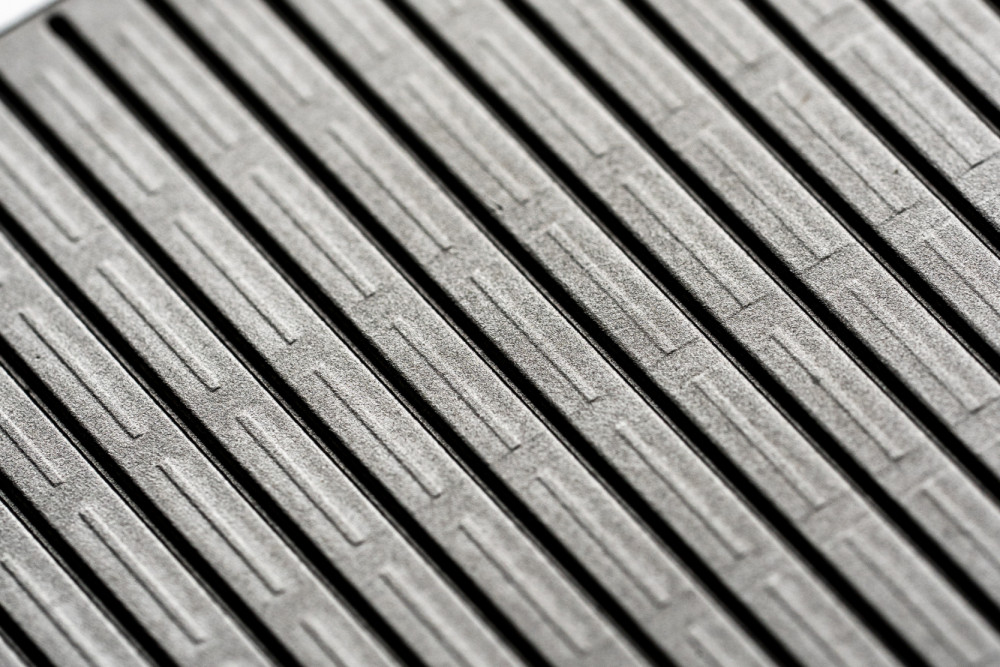 To sum it up for us, what are the major differences between MG2 and MG3?

The whole Milled Grind series has evolved year-over-year and given golfers performance to get excited about. The biggest performance difference between MG2 and MG3 is our improved face treatment for better spin on partial shots. We also dedicated a lot of time to developing player-inspired shaping that takes cues from some of the best looking wedges in golf history.

One thing we touched quickly on is how we changed geometries to create higher CGs to improve feel and help control trajectory. Aesthetically, these wedges stand out. The simple elegance and craftsmanship make for a beautifully minimalistic design that looks great behind the ball and in the bag. 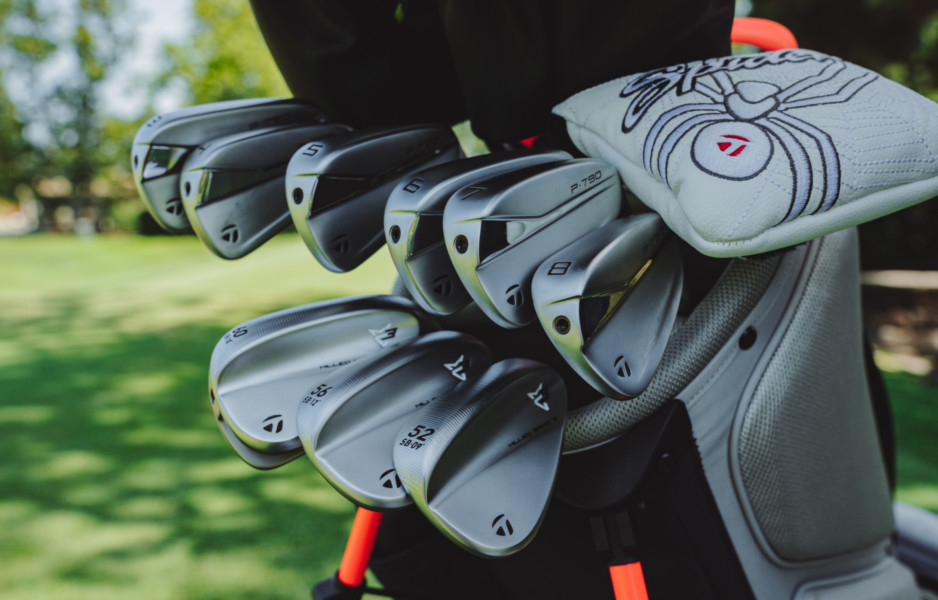 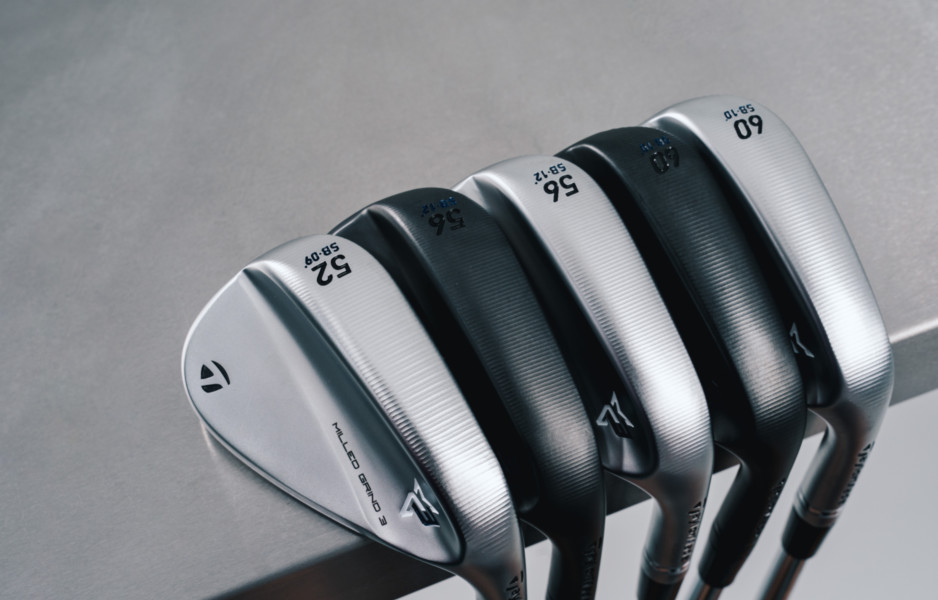 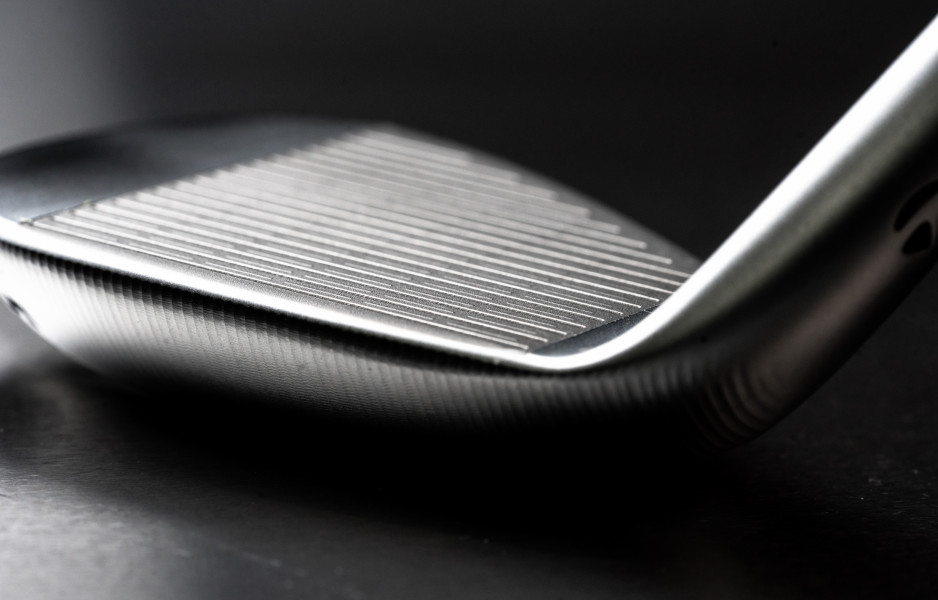 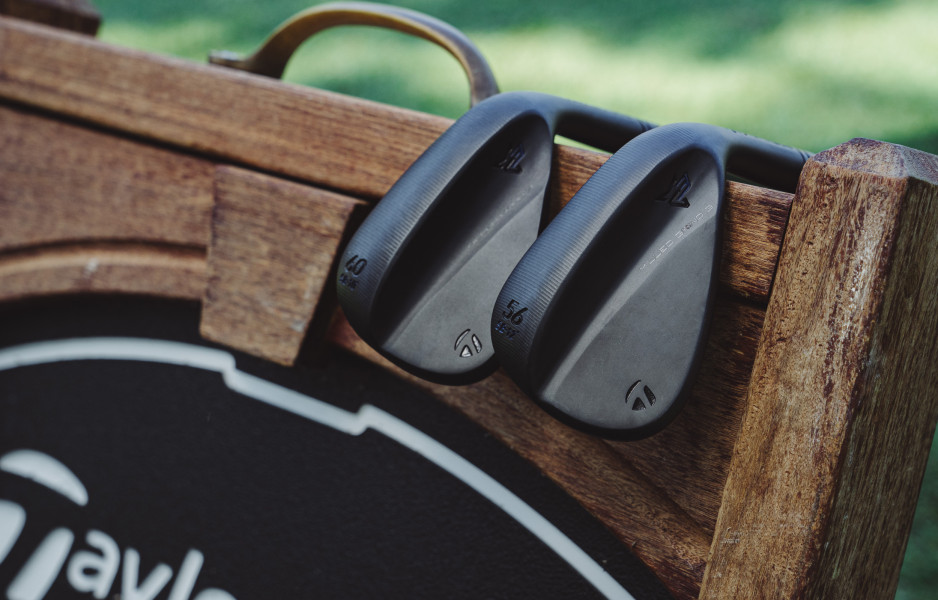 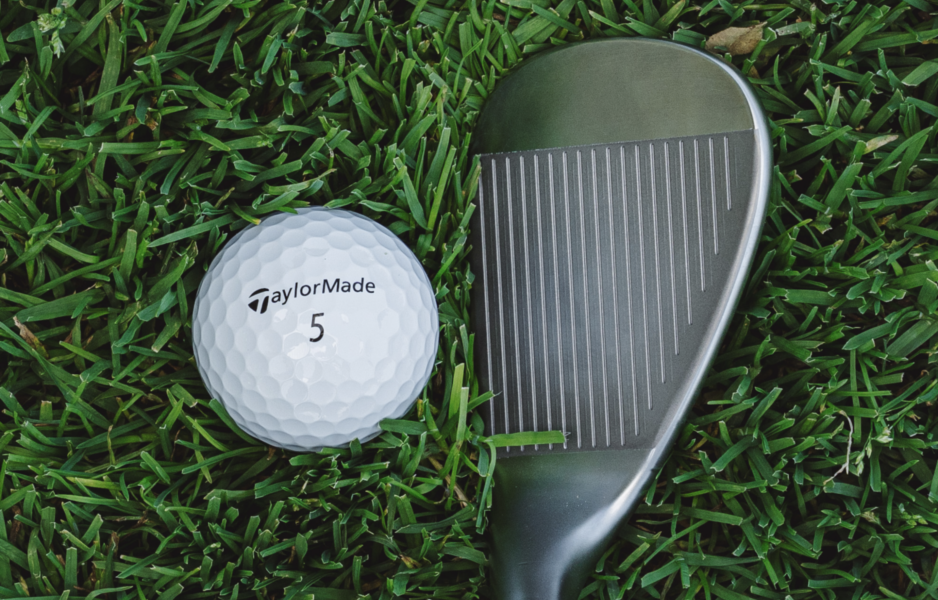 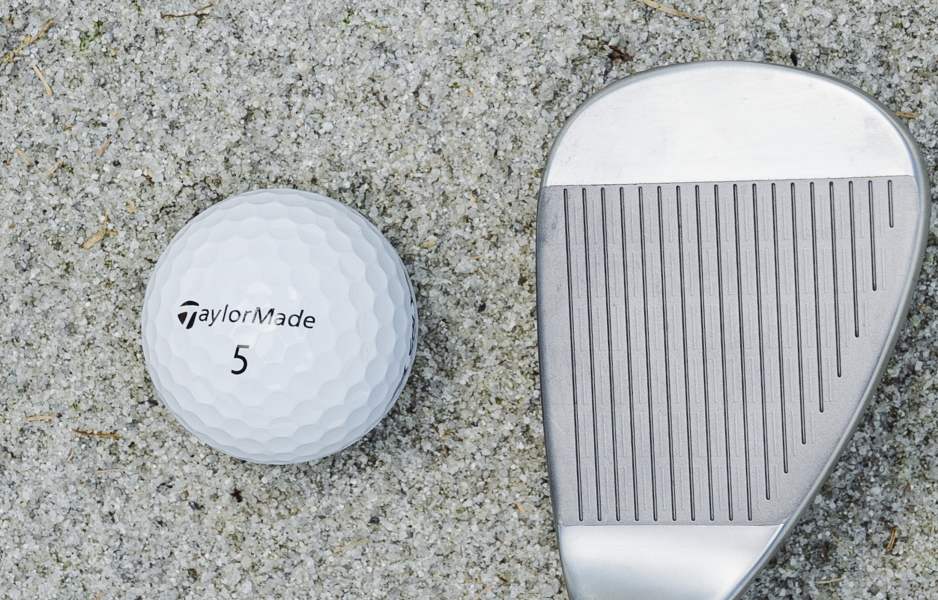 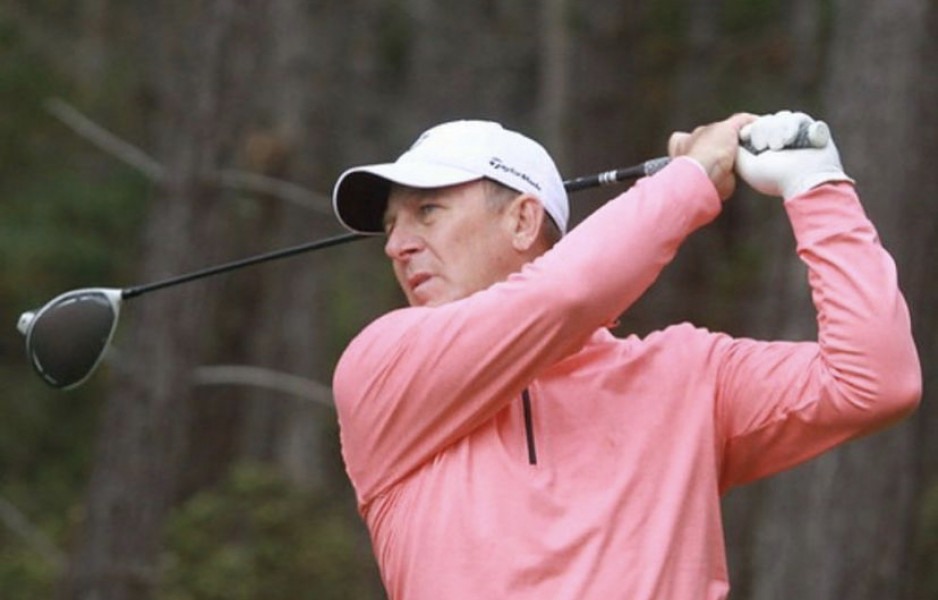 Expand
Greg Cesario competing at the 2020 California State Senior Am.