Seeing Double | The Rise of the Højgaard Twins

After turning professional at the start of 2019, twin brothers Rasmus and Nicolai Højgaard have commanded the attention of the golf world on several occasions. We all know of their recent accomplishments, but their winning mentality has been around for many years.

From an early age the Højgaard name was held up in lights as the pair shone on the amateur stage. Rasmus lifted the 2018 Toyota Junior World Cup, whilst Nicolai reached number five in the World Amateur Golf Rankings. Making history in the prestigious Eisenhower Trophy, by leading Denmark to a first World Amateur Team Championship title, both making birdie on the 72nd hole to edge the favoured United States team which included Collin Morikawa, by just 1 shot.

On paper Nicolai was individually the more successful of the twins during their amateur careers. Reaching #5 in the World at just 17 years old, he won the European Amateur Championship at the Royal Hague Golf & Country Club and also played in The Open Championship at Carnoustie.

They’ve both represented Europe in the 2018 Junior Ryder Cup, and playing together on the first morning halving their Foursomes match. 2023 is not that far away…

Watching Nicolai sink his winning putt, the whole of Team TaylorMade were delighted for Nicolai, none more so than TaylorMade Tour Representative Mark Thistleton who has worked closely with the twins for the past 4 years. 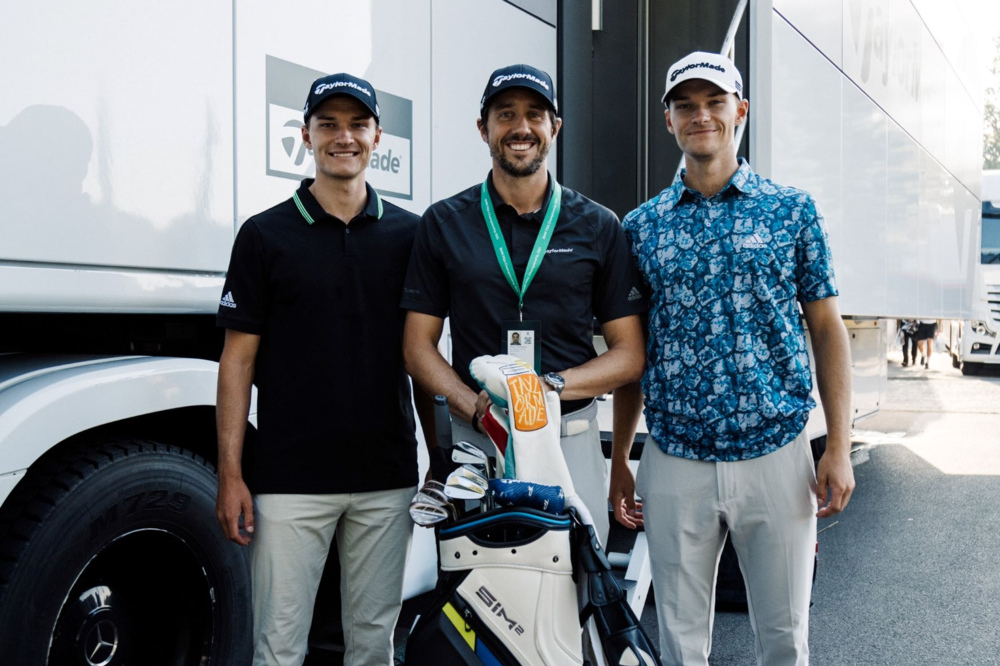 He said, “This is a very special story, and for us as a team it’s great to be part of it. We’ve been working with them both for a few years now, and even though they’re identical twins, they have been very different to work with. Their professionalism for such a young age from day one has been amazing to see and no question push each other to be the best. They support each other wholeheartedly but there is an air of healthy competition between them which is why I believe they are excelling so early.”

“The way they respect each other and drive each other to be the best they can be is inspirational. Even during practice rounds their competitiveness breaks through, it could be for a few Euros or who buys the dinner. Watch this space, there’s more to come from the twins” 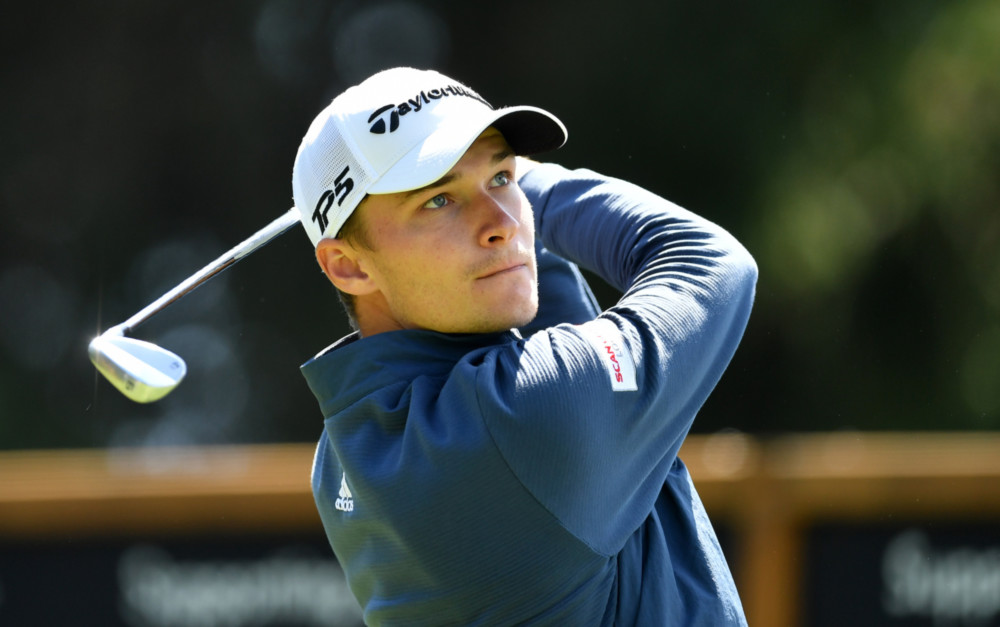 Rasmus has enjoyed a meteoric rise on Tour, becoming the first player born in the 21st century to graduate from the European Tour Qualifying School in November 2019 before coming out on top in a dramatic play-off to win the AfrAsia Bank Mauritius Open. In just his fourth start and at 18 years and 271 days old, his victory made him the fastest Dane to a European Tour title.

Of the two 20-year-olds from Denmark, Rasmus has claimed most of the headlines with three European Tour victories, including his European Masters title in Crans-Montana last weekend.

That run saw Rasmus, who started the day four shots off the pace, in the clubhouse on 13-under.

“On the 13th tee, I was way behind and not really thinking I had a chance. All I was really trying to do was stick to my game plan and maybe make a couple of birdies. It wasn’t until I made the birdie on 15 that I thought about anything else, especially when I saw the leaders were making bogeys and I was only one off the lead. I thought maybe one more birdie would get me into a playoff.”
- Rasmus Højgaard

Two pars later Rasmus was on the final hole and knowing he needed one last birdie. Stepping up to the tee, his tee-shot was perfect, just right of centre on the severely sloping fairway. The approach finished maybe nine feet past the flag. And the putt never looked like missing. 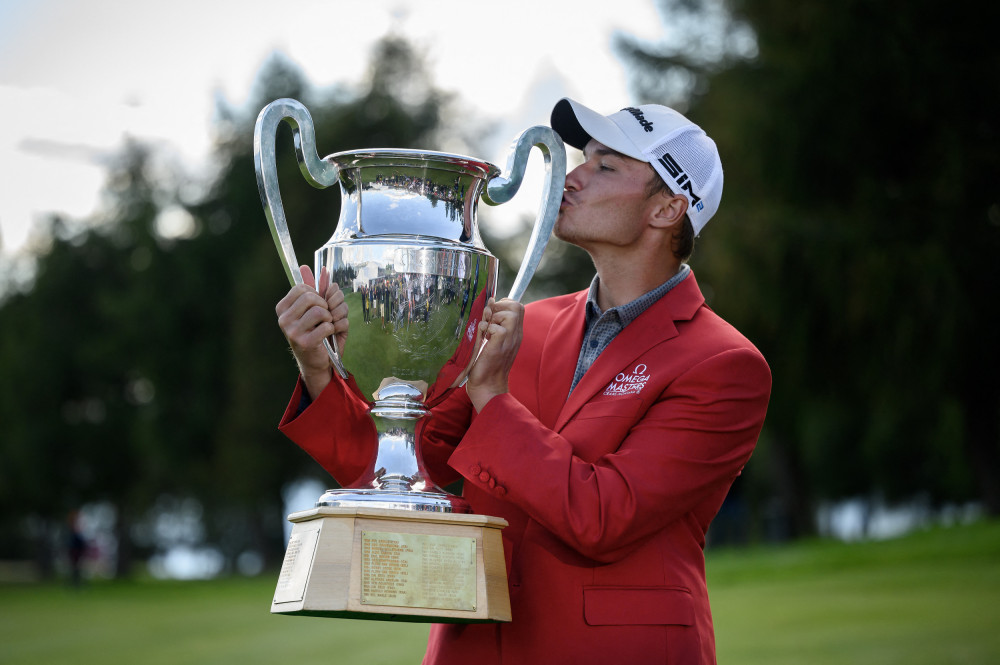 “My legs were shaking a little bit over the putt on 18 for sure,” admitted Rasmus. “That was by far the most nervous I was all day. Even after I made the putt I didn’t expect to be in this position. It’s amazing. But on the 18th, I knew I had to make a birdie. So that was all I was trying to do.”

A week on from Rasmus’s third victory, Nicolai captured his first European Tour title at the DS Automobiles Italian Open. Nicolai held his nerve to shoot a final-round 71, birdieing the last hole, to finish one stroke ahead fellow Team TaylorMade staffer Tommy Fleetwood. "On 18 I knew I had to make four," Nicolai said. "I've been nervous many times before but nothing like it [on 18]. I couldn't almost move the putter to be honest.”

Nicolai held the lead going into the final round but when his tee shot on the 626-yard, par-5 18th hole landed in the left rough, the thought of a playoff crept in. After laying up safely, Nicolai spun his TP5 to within four feet of the hole and then made the ensuing putt to clinch the trophy. 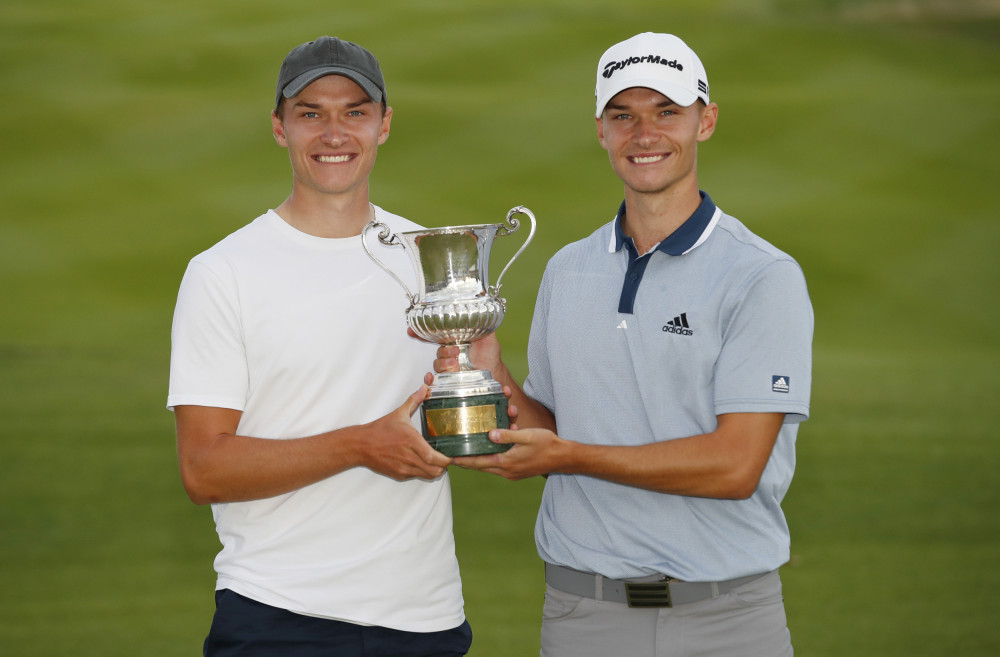 “This victory means a lot to me. I’ve been grinding for a long time and seeing Rasmus win three times made me want to do it even more. And to finally get it done is very special and it’s been a great week here so I’m just very happy to get it done.”
- Nicolai Højgaard

Prior to this week, Nicolai had been working with the TaylorMade Tour Team on dialling in his bag. Known as someone who likes to test equipment, Nicolai had been struggling to find a set up that he was happy with and after a few rigorous sessions on various parts of his bag, he walked away with what is now his winning set up.

“We’d been speaking to Nicolai on a regular basis trying to figure out the right setup for his game to get him comfortable and performing to his full potential. This process started in Dubai at the start of the season but ramped up recently at the Welsh Open and we had a breakthrough moment at The London Golf Club. He’d always been happy with his wedges; it was about dialling in his irons through to his woods. Struggling with yardages on his irons, we looked at P7TW’s and as soon as he had them in hand, we made a few minor tweaks, and they went straight in play. As one of the longest hitters on the European Tour, Nicolai felt that he wasn’t getting enough out of his driver. We had an intensive session and changed into his previous gamer shaft [Tensei AV White 65 TX]and he found the feel and distance he was looking for.”
- Mark Thistleton

Winning must be in the Højgaard genes as they are the first brothers in European Tour history to win back-to-back events. And to think that Nicolai was the last man added to the field this week with a wild card from the Italian Golf Federation.