How do you make a carbon face sound like titanium? Team TaylorMade takes you inside the design to break down the sweet-sounding acoustics of Stealth drivers.

There's no denying it, Stealth drivers with 60X Carbon Twist Face are a radical departure from traditional design. However, there's one thing we wanted to stay relatively the same: Sound.

Years of creating high-performance drivers, player testing, and charting data led us to a signature TaylorMade sound. One that's not too metallic, yet not too muted. The type of sound that immediately lets you know you've hit center face and mashed a drive down the middle.

Countless hours of player testing and feedback resulted in this auditory bliss. But, how do you translate a sound traditionally produced by titanium to a carbon face? That was the million-dollar question Research Engineer Brandon Wooley and the team were tasked with.

Even before prototype construction and testing, engineers use computer modeling to predict the type of sound a driver design will make.

"We've become very good at understanding what type of designs produce certain vibrations, and those vibrations are actually what create sound. Energy gets transferred to the head at impact, reverberates through the club's body, and produces vibrations that golfers interpret audibly. Through rigorous player testing, we've also learned that sound is so much more than what you hear. It also dictates feel. Most golfers will say a club that sounds good...feels good. Beyond that, it's about inspiring confidence. When a golfer really pipes one, they want to hear a sound that matches that monster drive. How many times has your golf buddy said: ‘I didn't see it, but it sounded great!’ We aim to give you that great sound on every solid strike with a Stealth driver."
- Brandon Woolley, Research Engineer, TaylorMade Golf

Being able to measure and chart vibrations gives us a map. In other words, we can plot the frequencies of our best-sounding titanium drivers and then do the work to make 60X Carbon Twist Face sound very similar. 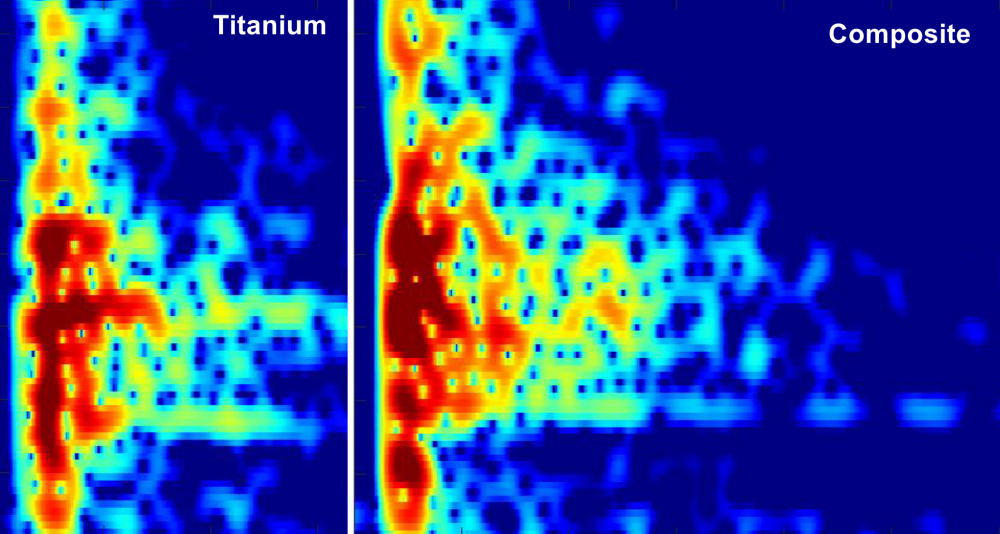 While the color maps are not exactly the same, you can see they have roughly the same shape. Because the Stealth frequency plots (right) fall within the range of titanium, we know it will produce a similar sound.

How is that possible? What sort of voodoo witchcraft are those engineers doing to make carbon sound like metal? The magic starts with ensuring that the vibrations travel through the club head. From there, internal ribs positioned along the sole modify vibration frequencies to give us the desired sound - a.k.a. the sweet sound of a golf ball flying off the face of a TaylorMade driver. 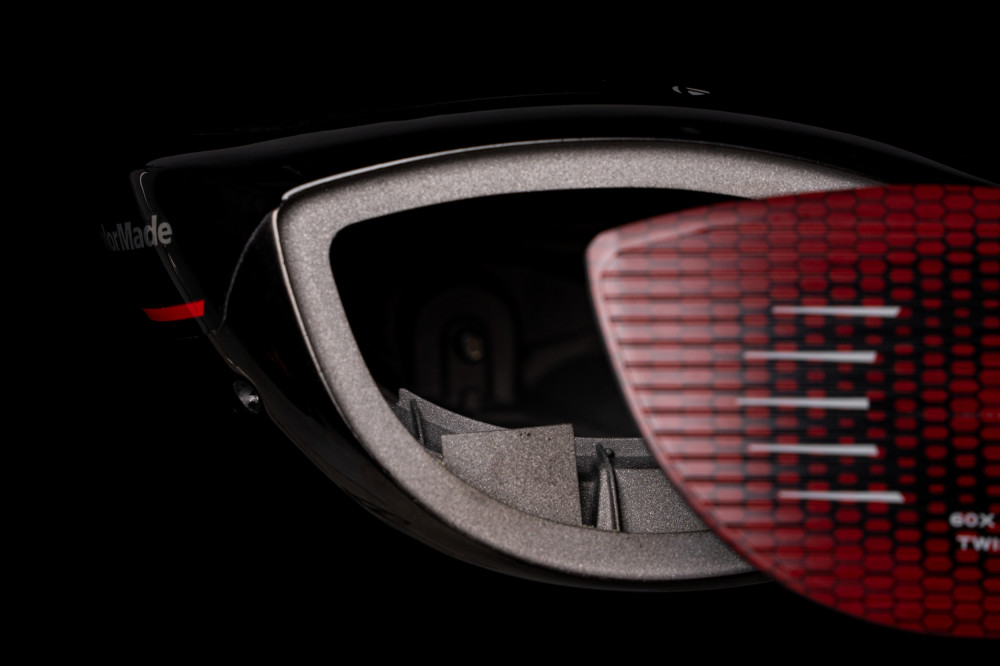 The body construction of Stealth drivers along with 60X Carbon Twist Face deliver the bright and explosive sound golfers anticipate from a TaylorMade driver.

"Going into this project, we knew sound was going to be a critical component. Golfers were going to question whether you can make a carbon-faced driver that sounds good. We've accomplished that undoubtedly. From player testing with Tour pros and amateurs alike to advanced data-analysis, everything points to Stealth being aligned with some of the best sounding drivers TaylorMade has ever produced."
- Brandon Woolley, Research Engineer, TaylorMade Golf