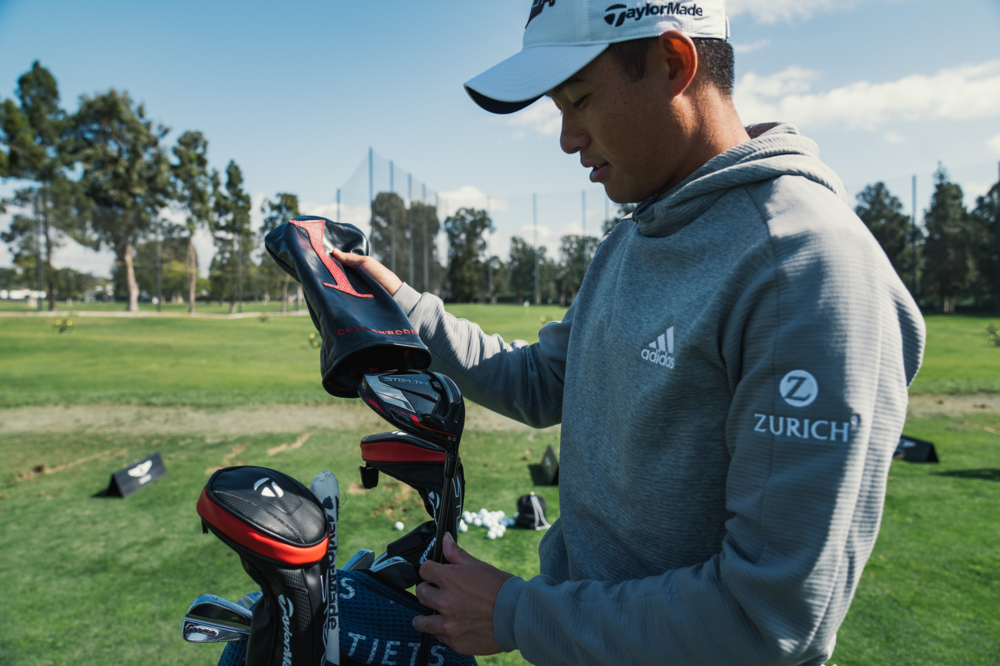 The stars were out in Los Angeles last weekend. A-Listers filled the stands as the L.A. Ram’s became the second team in history to become NFL Champions in their home stadium.

Likewise, L.A.-kid Collin Morikawa hopes he can capitalize on the home-field advantage and nab victory at the Genesis Open at Riviera Country Club. Morikawa knows the course well, but a star-studded field stands in his way. This is by far the strongest field on the PGA Tour in the 2021-22 wrap-around season. The world’s top 10 players are all competing, and it marks the first time that Team TaylorMade’s heavy hitters are teeing it up at the same event in 2022.

That means it’s been a busy week on the Tour Truck. So, let’s unpack some of the tweaks, changes and setups as they take on The Riv in Tiger’s tournament.

Starting with Morikawa. He comes into the week with his driver already dialed in, using a 9° Stealth Plus that’s been optimally geared to produce his patented cut. During testing, Morikawa was gaining upwards of 3 mph ball speed with Stealth Plus, which has equated to 8-10 more yards of distance. Check out the full story on Collin’s Stealth driver fitting by clicking here.

One other change for the week came to the grind of his 60° wedge. The goal was to improve turf interaction and let the sole of the club glide through the turf with greater ease on some of the tight lies you’ll find around Riviera. He was still testing the various models, including MG3, as of Wednesday.

Rory McIlroy is teeing it up on the PGA Tour for the first time in the 2022 calendar year. He comes off strong performances on the DP World Tour, where he finished 12th and third in back-to-back weeks. His game and his equipment are in a good place. The most noteworthy change to his bag coming into Riviera is the addition of a P·790 3-iron that could prove useful on the narrow and treelined fairways that litter the iconic course. He’s paired it with a Ventus Black 10 TX shaft, and during testing, he consistently striped it 250 yards. 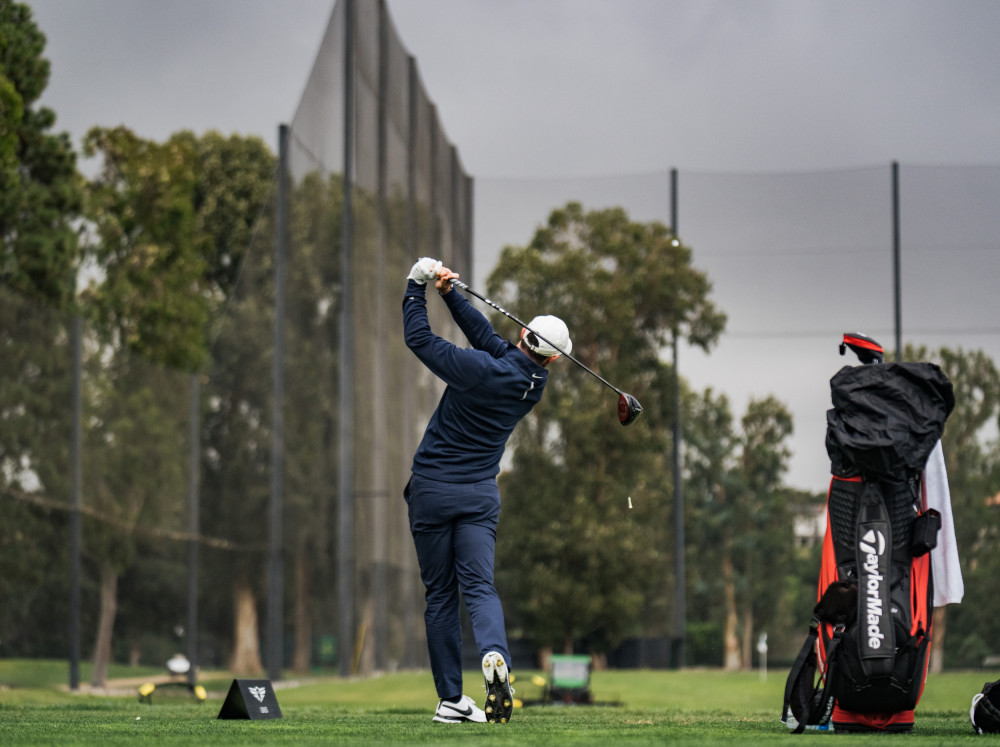 Rory also made the switch to high bounce soles across his MG3 wedges during the offseason. We started testing with 50-75 yard shots, and he immediately noticed a lower and more controlled flight with the high bounce. He also saw how the club slid through the turf, whereas his wedges would occasionally stick with low bounce. We then moved to the chipping green, and once again, Rory felt it was much easier to get the club through the turf. The extra bounce allows him to be more aggressive without the club digging and the ball coming up short.

Tell us a better sight than the big fella, Dustin Johnson, sauntering down the fairways of Riviera? Go ahead; we’ll wait. DJ comes into the week having switched back into his reliable Fujikura Speeder 661 Evolution 2.0 Tour X shaft and has paired it with a Stealth Plus 10.5° head. It’s a shaft he’s played FOREVER, and with great success. He’s added a Stealth 3HL (High Launch) fairway wood with a loft of 16.5°.

The added loft gives him the preferred launch and spin to dial in a carry distance of 285. On some weeks, where the course demands more distance, we’ll see him go back to the 15.0° for that little bit of extra pop – but expect to see the 3HL most tournaments. His trusted Stealth 7-wood remains in the bag, but the choice of a Stealth 4 Rescue vs. a 3-iron will be a game-time decision.

Sergio Garcia comes into his first PGA Tour event of the calendar year with a new putter in tow, the Spider GT. The advanced multi-material construction is built for stability and ease of use. That’s something Sergio noted right away, commenting that when he takes the putter back and through, it returns to square easily at impact without him having to manipulate the face. 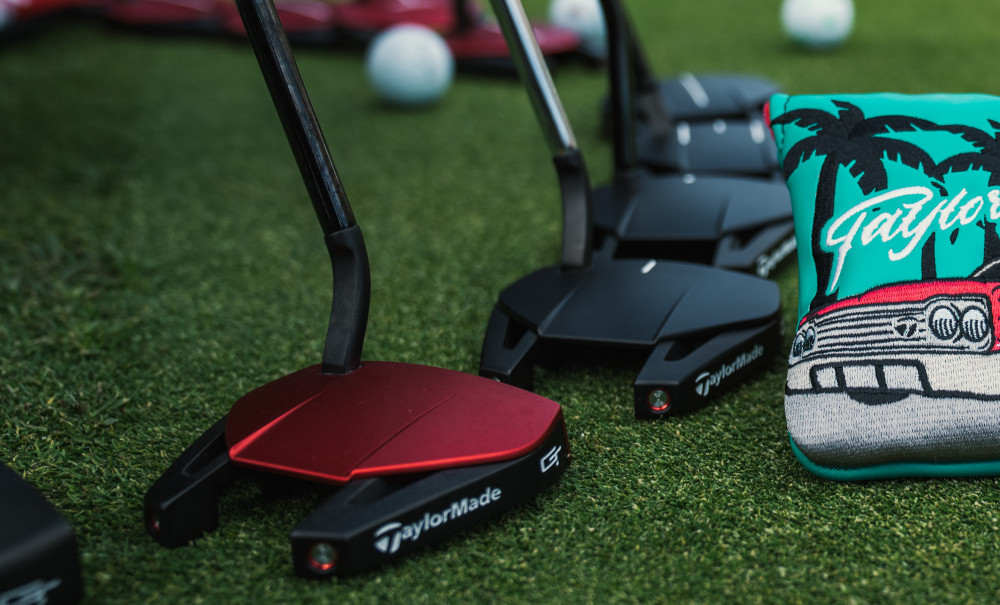 “Sergio gets his hands in a certain position and has a setup that’s very specific to him. We worked with him through testing and feedback to create the right setup for his Spider GT. He was immediately drawn to the red top plate, and once he learned the benefits of the modern wing construction in terms of stability, it went in the bag immediately. Spider GT’s design creates straight lines that go through the center of the face that make it simple to line up.”
Bucky Coe, TaylorMade Tour Rep, Putters

The red finish may spark a bit of nostalgia for the Spaniard, who used a red Spider Tour to capture his 2017 major championship in Augusta.

Sergio also tweaked his driver set up heading into this week. After previously using a 9° head with loft adjusted one click lower (8.5°), he’s gone into a 10.5° head with the loft sleeve turned as low as it can go. While both heads measure out to 8.5° in loft, the current setup allows for a more open face at address. That lets him aggressively rotate the toe of the club through impact without the fear of missing left. Sergio has long been considered one of the best drivers of the golf ball on the planet. Look for him to showcase that part of his game on a demanding Riviera layout.

Robert MacIntyre, or Bobby Mac as he’s affectionately known, is making his 2022 PGA Tour debut this week. The Scottish lefty comes into Riviera having just completed a driver adjustment that helped him to a top-10 finish in his last start on the DP World Tour. 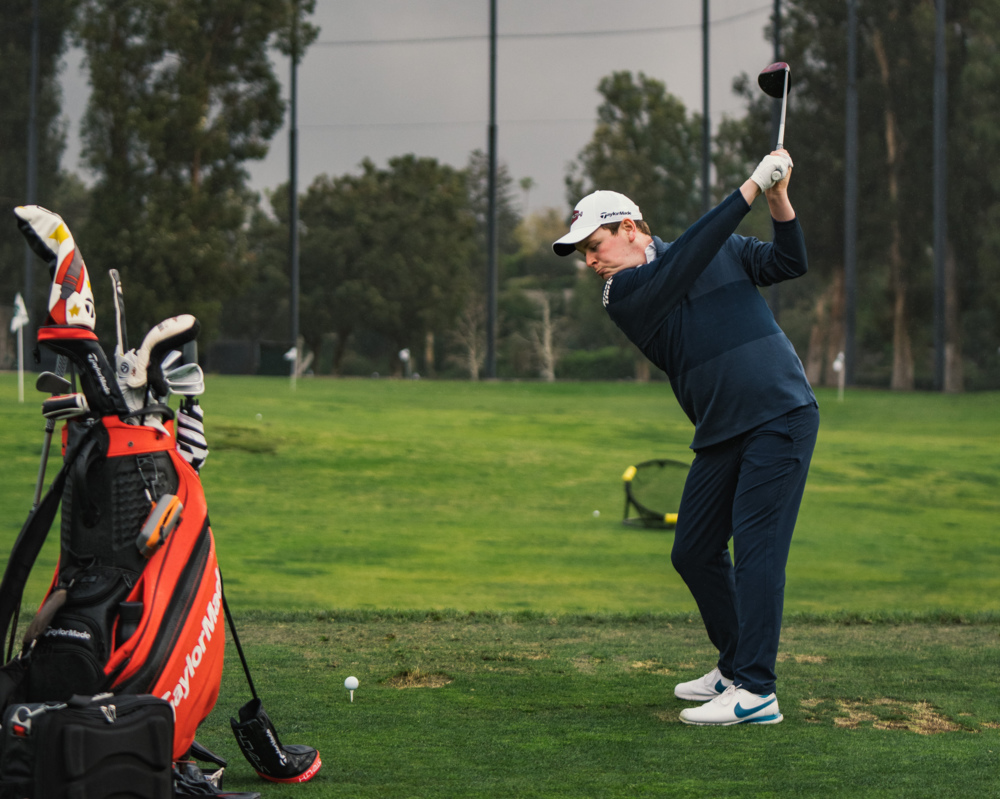 Headed into the Ras al Khaimah Classic, MacIntyre cracked his SIM2 driver and worked rapidly with our tour team to find a temporary replacement for the week. Afterward, the team went back to TaylorMade HQ and tested more than 20 heads to find the proper loft and face angle. The challenge was finding a left-handed 8° head, which is Bobby Mac’s sweet spot. They are hard to come by because, typically, they are not made on the production line. So, we had to meticulously search for a head that most closely matched his needs – and we were successful.

“I cracked my driver (SIM2 Max) last week, and Adrian (Rietveld of the Tour Team) said he had the right head for me. We walked nine holes Tuesday (at Riv) and found the one. The spin is a lot tighter, meaning the mis-hits and the good ones are not too far away from each other. With SIM2 Max, if I mis-hit it low in the face, it would spin around 3000 RPM. With Stealth Plus, it doesn’t touch 3000 if I mis-hit it. I like to hit a draw, and we put a little more weight within the heel. So, now, I can do whatever I want with it shape-wise.”
Robert MacIntyre