Getting to Know Esther Henseleit 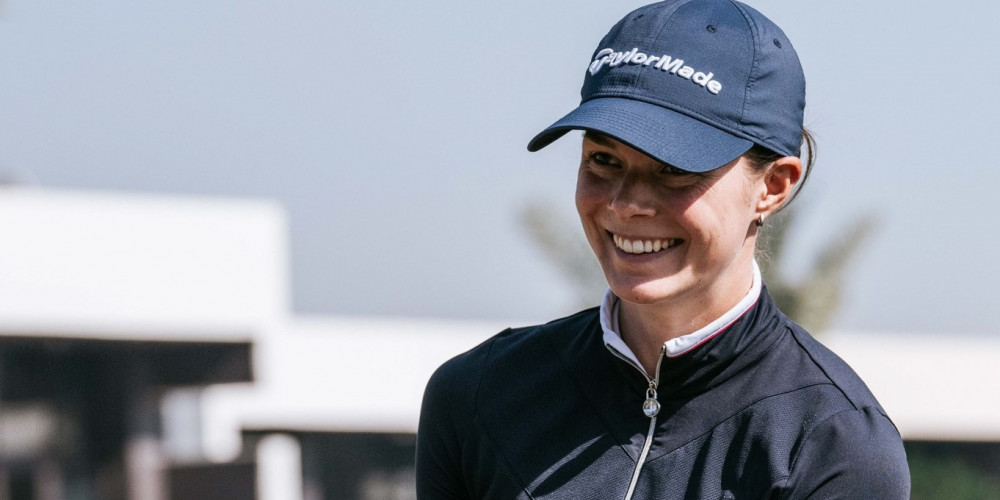 Golf has been part of Esther Henseleit’s life from a young age. Starting out at Golfclub am Meer she moved to Hamburg Golfclub Falkenstein in 2013 and has been a member of the German National Team since 2014. Moving up through the ranks, Esther turned Pro in 2019 and took the Ladies European Tour by storm. Securing her maiden Tour win at the 2019 Magical Kenya Ladies Open, she also claimed the Ladies European Tour Order of Merit and the Rookie of the Year Award.

Fast forward to 2022, we caught up with Esther during Team TaylorMade’s pre-season testing in Dubai to find out more about the newest member of the squad.

“I started to play golf when I was 8 because my mum was looking for a new hobby and I joined her on the range. I got into the junior practice group lessons and really liked it from the beginning. I grew up playing tennis, so I improved very quickly as I knew how to hit a ball and move the club and then I couldn’t stop doing it.”

“I’m a perfectionist, I think it’s good, but also bad to be one in golf because you can’t be perfect. You can try and get as close as possible to it and just be better than the last day I guess and keep on going. I really like practicing, learning new shots and golf is very creative and I like that part a lot so you can just play around and hit different shots every time and it’s also that competitive side where you can compete against yourself but also others and it never gets boring.”

“I think TaylorMade is just a really special brand. If you look at Team TaylorMade, so many of the world’s best players choose to be part of it and I’m really excited and proud to be part of it. I think it’s great how the technology develops and all the new ideas and innovations they bring out every year and I think that’s really cool to be a part of such a driven company”

“I think it looks pretty cool, I really like the shape of the head and everything and it just feels great when it goes off the face. I really like it and I can’t wait to play it tournaments and see how it performs but I’m very optimistic that it will do great.”

“I really like the wedges, they spin a lot with a slightly lower trajectory and I think that I control them really well and also with distance control and pitching, I think that they’re really consistent and easy to get your right number. I do like the driver, I always love to hit drivers and it’s just fun to hit it."

“I want to keep on developing and improving my game out in the states and of course play as well as possible and I really do want to win so that’s definitely on my list, but other than that I want to perform well in the Majors, get a few more top 10’s and enjoy myself.”

“Not really, but I do like to clean my whole bag before I go out so that there’s nothing useless in there, so everything has to be in its own spot. I do use the same ball marker all the time and most of the time I do the same marking on the ball. I do a black line and cross out the brand."

“Maybe get your right yardages with the irons and driver, it makes it easier when choosing the right club. Have fun, try to go out with your friends on the course, try to compete and see how it goes.”

Watching Esther unleash Stealth Driver downrange at our pre-season testing earlier this year in Dubai was IMPRESSIVE. Whilst we couldn't divulge any information at the time, we can now share with you the details of her fitting. Click here. 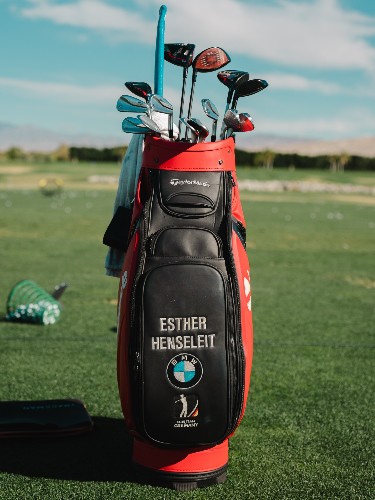 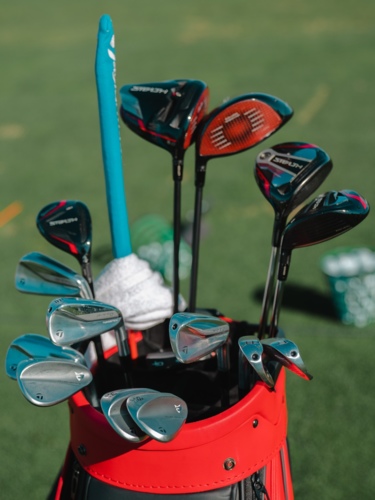