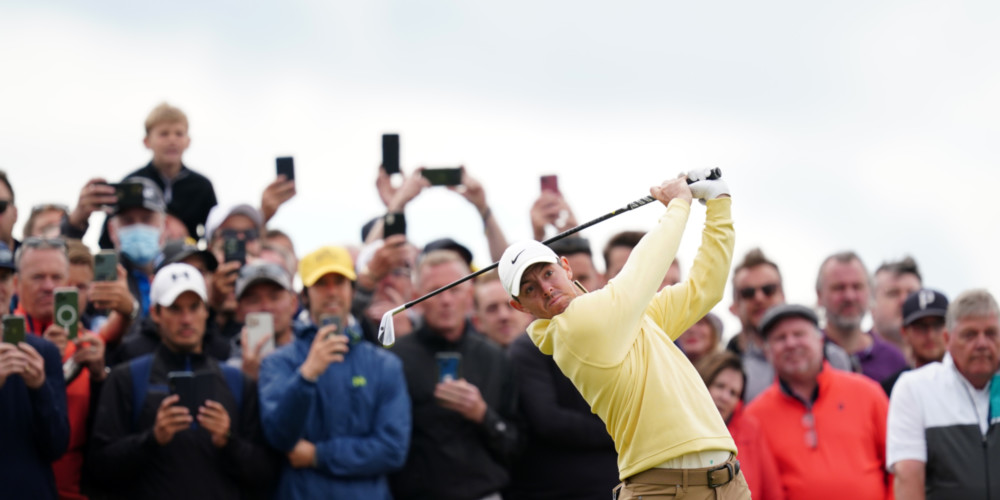 The Open Championship. St Andrews. The Old Course. Team TaylorMade. ENOUGH SAID! This week's tour report dives into two key changes in Rory's bag, what it was like to follow Tiger Woods during practice rounds and a new Hi Toe wedge in Collin Morikawa's bag.

Rory McIlroy opened his run at the 150th Open Championship with a sensational first round 66. When walking practice rounds with Rory earlier in the week, we learned why he made two strategic changes in his bag.

At the JP McManus Pro Am the week before The Open, McIlroy worked with our TaylorMade Tour Reps to prepare a club that could give him an advantage on the hard and fast fairways of The Old Course. Off the jump of testing, Rory found that he was able to be able to hit more shots under control with his Stealth UDI 2-iron, especially when he was trying to hit a fade. He immediately liked the head for the types of shots he thought he would need at The Open and the combination of the Stealth UDI and his Project X HZRDUS 105 shaft brought more consistent spin rates when compared to P·Series options. 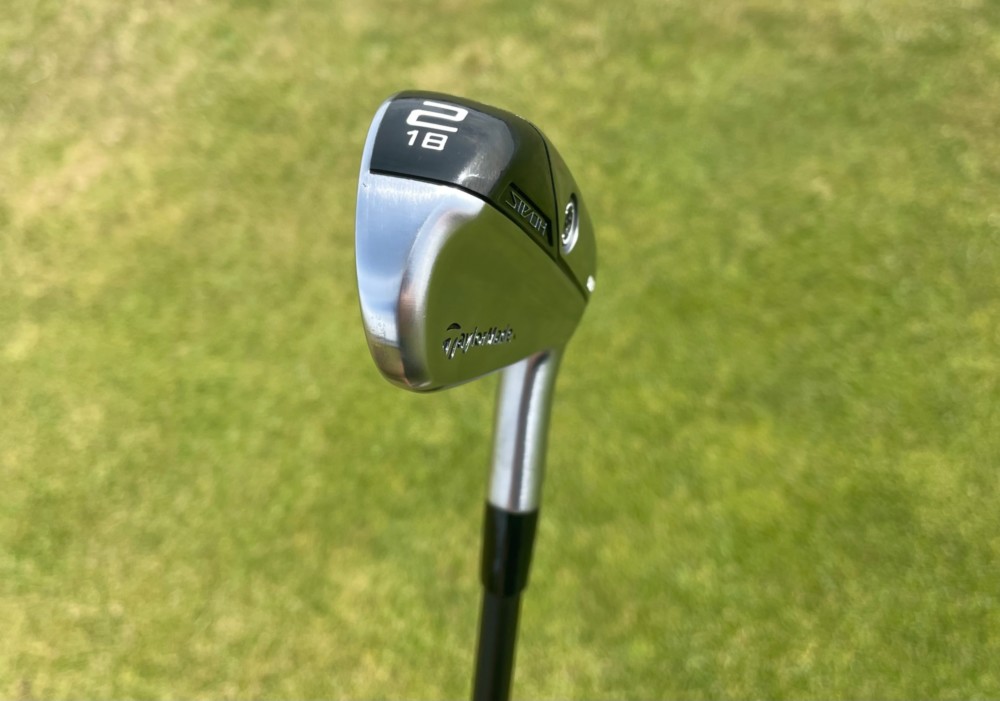 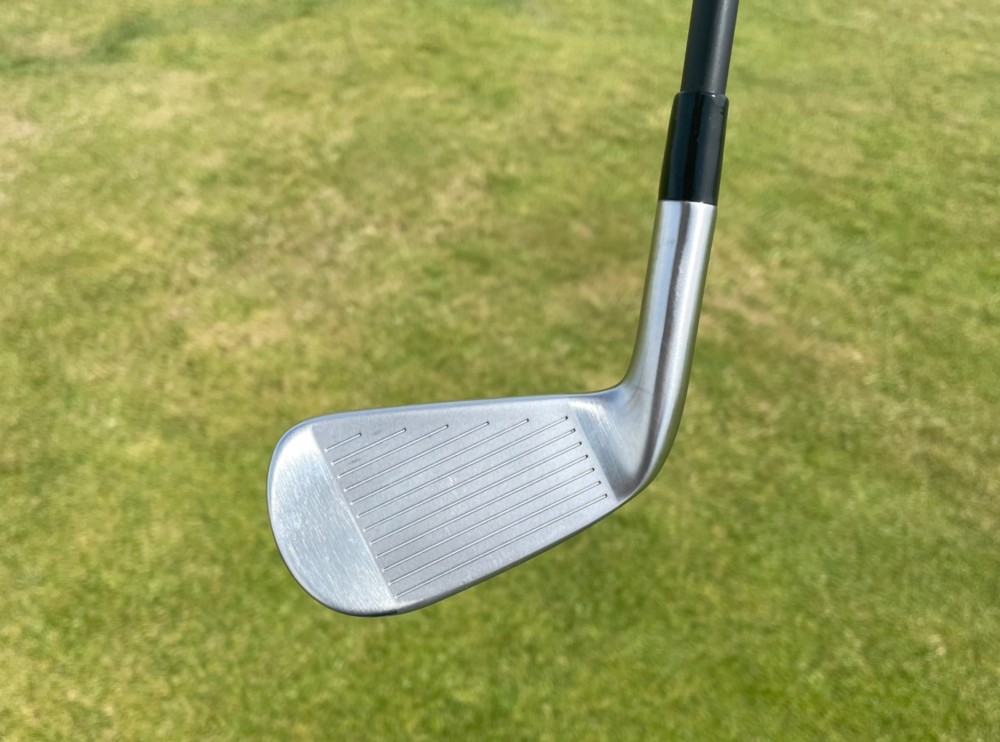 Rory performed well with the Stealth UDI at Adare Manor with consistent carry distances of 270 yards through the air and didn’t have the dreaded left miss. He continued to keep it in the bag during rounds prior to St Andrews and showed up to the Old Course with it in the bag. After the first day of practice rounds the adage of St Andrews was confirmed: the fairways are faster than the greens.

With that in mind, Rory has a club off the tee that takes the wind element slightly out of the picture. When you look at the back nine at St Andrews, all those shots where the wind is over your right shoulder and off the right, drivers and three woods that need to be hit off the tee are quite high and the wind moves them right to left.

“For Rory being that long of a hitter, when you look at the setup of the golf course there's a lot of shots where the rest of the field would be hitting three-wood off the tee and maybe even a hard drawing five wood. For Rory, he's able to now use the Stealth UDI two iron that goes a little bit lower than both his three wood and a five wood. With the Stealth UDI, the wind is not hitting it as much and the ball is carrying far enough that it’s clearing the bunkers and rough as it should and he feels like he has a club that can help him no matter the conditions, which is really based off the fact that he’s a lot stronger than the majority of the field.”
Adrian Rietveld, TaylorMade Senior Tour Manager

Rory is one of four players in the field using Stealth UDI this week, including Team TaylorMade's Kurt Kitayama and Keita Nakajima. Rory's spec is:

Rory’s wedge set up is also intriguing as he has three wedges that are all built to defend against the firm turf of the old course. He brought back his Milled Grind 3 46° pitching wedge in favor of his Rors Proto pitching wedge, as he told us because it spins more against the firmer conditions.

The MG3 is simply more versatile on links turf than his stock pitching wedge with the variety of chipping options that are presented at St Andrews allowing his MG3 to come in handy around the green as well as out of bunkers. 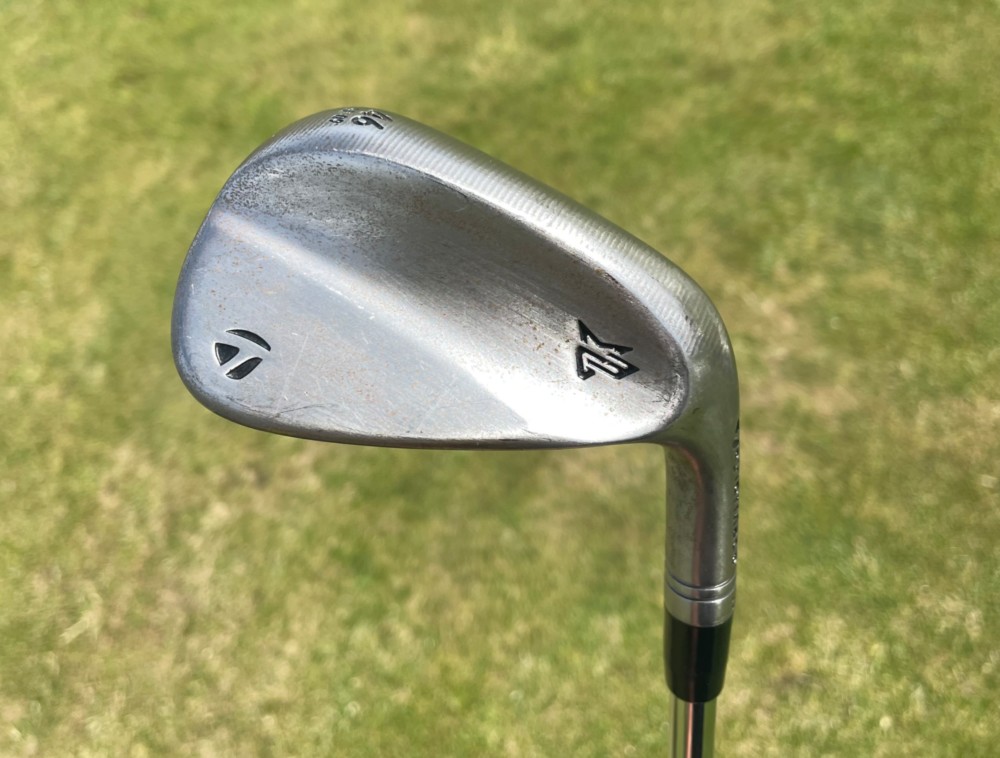 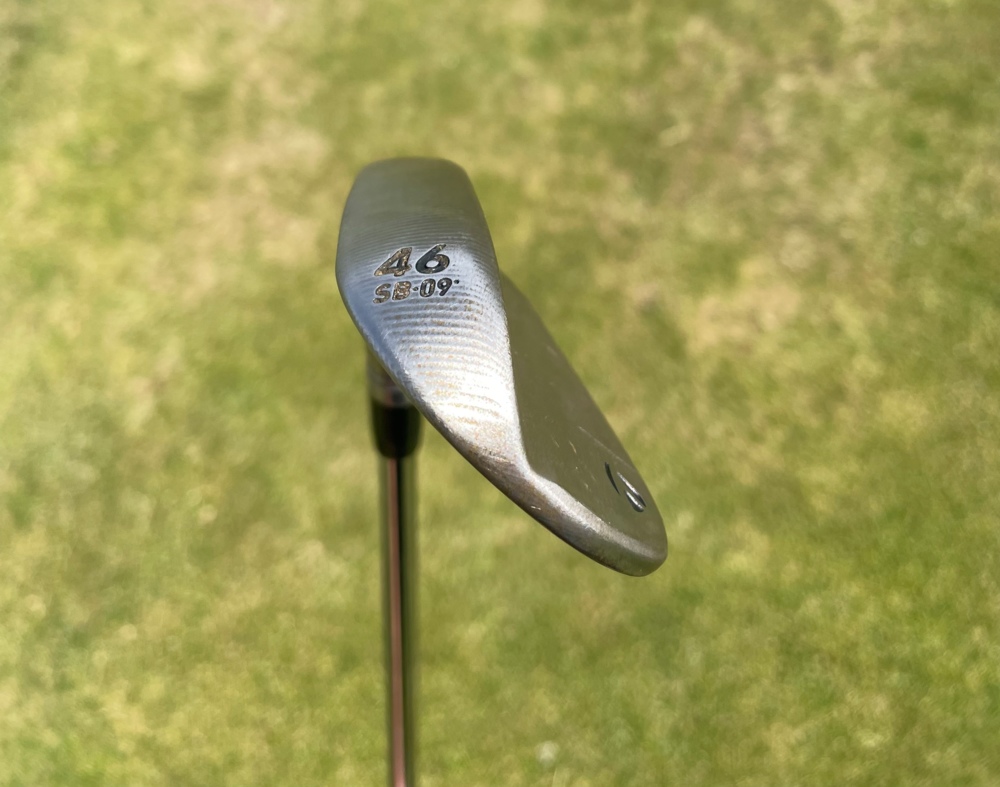 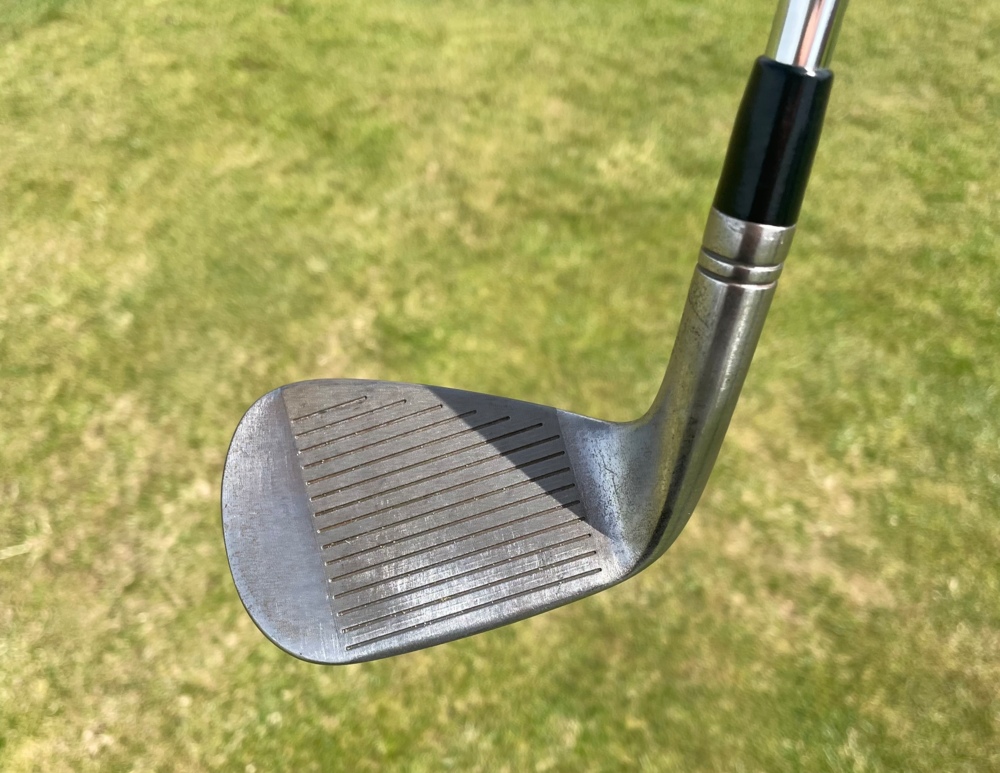 Additionally, Rory’s MG3 LB 60° wedge that he put in the bag ahead of the US Open will be a weapon for him this week as well. His wedge set up now goes: MG3 46° SB, MG3 54° HB, MG3 60° LB. This gives him nearly any option around the greens, on fairways and in bunkers.

“I’m using a lob wedge with less bounce than I usually do. Even still, I don’t know if — I think I could do with using even less bounce again. The fairways are so firm. And some of the lies are so bare that, going back to that second shot on 17, I felt like if I had a full lob wedge there and I didn’t get it quite right, then I could have thinned the thing into the middle of the town. Again, you’re up there leading The Open Championship and you’re worried about hitting a lob wedge out of bounds because of a bare lie off of the fairway.”
Rory McIlroy 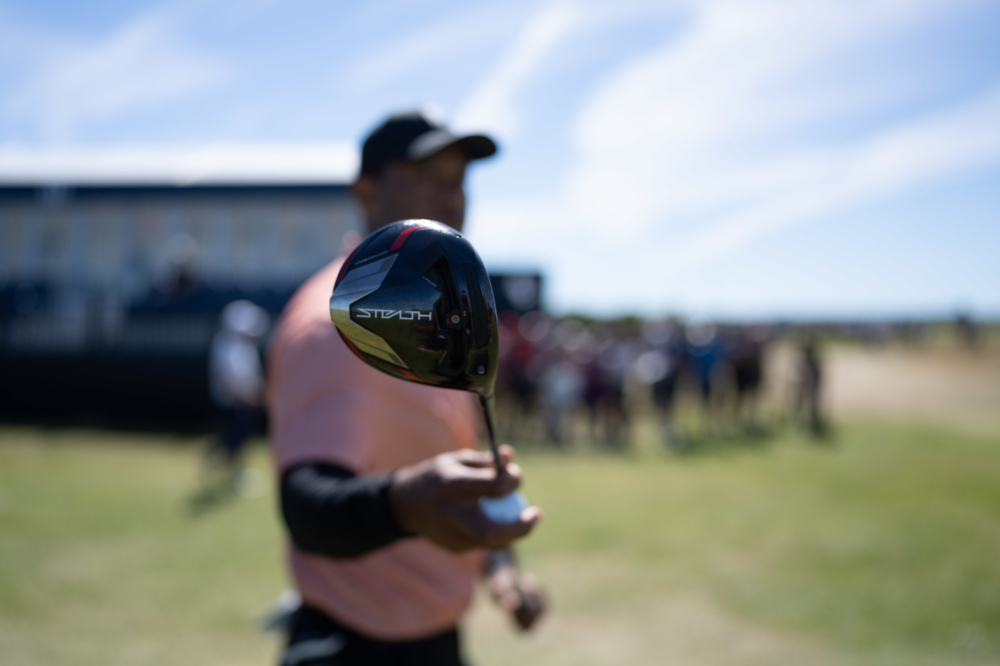 We were perhaps the luckiest people on the St Andrews grounds this week as we walked 36 holes of practice rounds with the GOAT himself Tiger Woods and we can confirm: the Tiger Effect is real.

During his practice round on Tuesday as he came down the home stretch of 16, 17 and 18 it felt like the tournament had already started. Tiger received ovations as he approached every tee box and every green in that stretch and on the walk down the 18th fairway you couldn’t help but get chills. 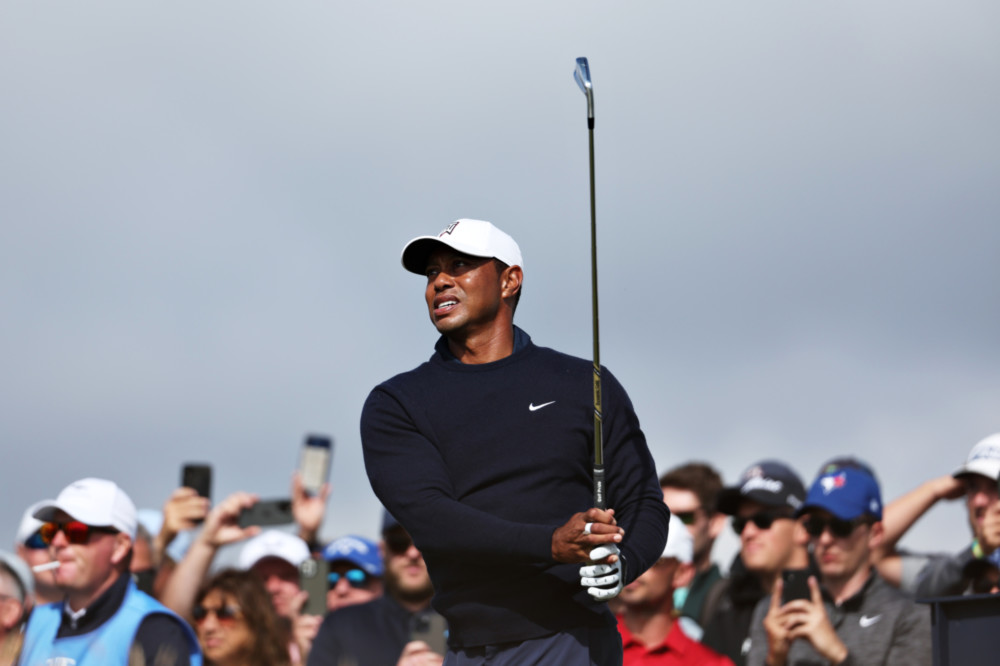 Tiger frequently hit two different types of shots off the tee with his P·770, a half draw that would start out to the right and finish left across the middle of the fairway and the traditional full stinger we are used to drooling over. Both shots were unreal to watch in person and they were frequently in positions that avoided bunkers and unplayable rough.

For context, Tiger put his 3 iron in the bag at the PGA Championship with a DG x100 mid shaft in order to pierce through the wind and find fairways at Southern Hills. With the wind having the potential to be even more fierce at St. Andrews, Tiger switched to an x100 shaft in order to get a lower launch angle. That proved to be the case as on hole 15 he had roughly 140 yards in and 180 yards on 16.

Tiger made another shaft this week, opting for a Ventus Black 6X shaft in his driver. 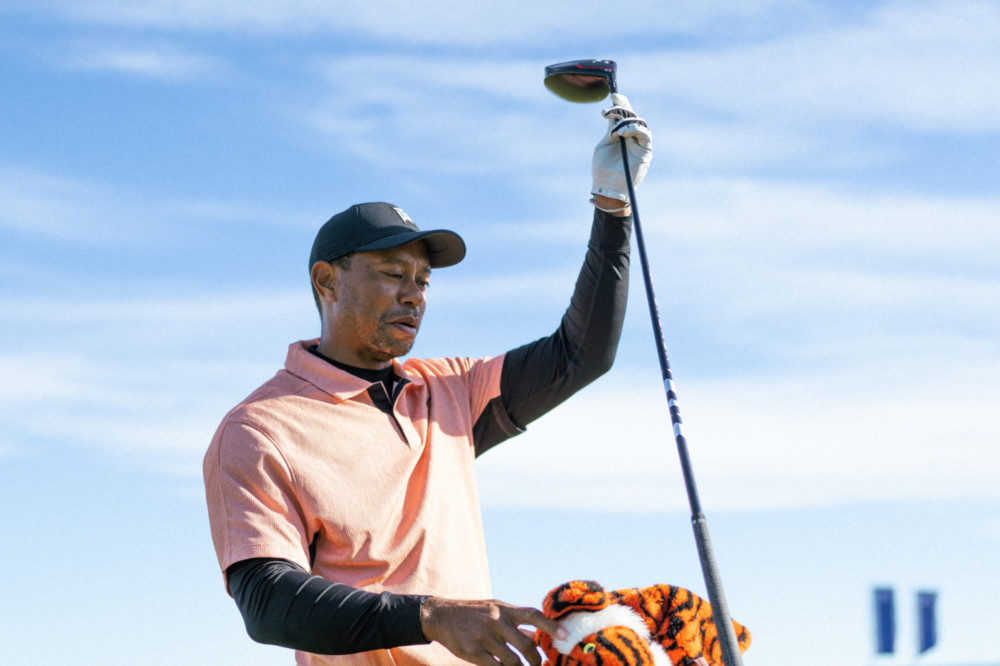 If you’ve followed along to our tour reports this year, you’ve learned a lot about how particular Collin Morikawa is about what lob wedge he uses based off of the conditions and layout of the course he is playing. At the US Open, Collin switched from his MG3 TW 60° to a Hi-Toe 60° because of the forgiveness across the face that Hi-Toe features.

However, the Hi-Toe wedge Collin is using this week is a new model that continues to give him that forgiveness but digs different through the turf and rough with more CG and weight on the top of the club. This allows Collin to flight wedges lower and hit more soft spinners onto the firm greens at St Andrews. 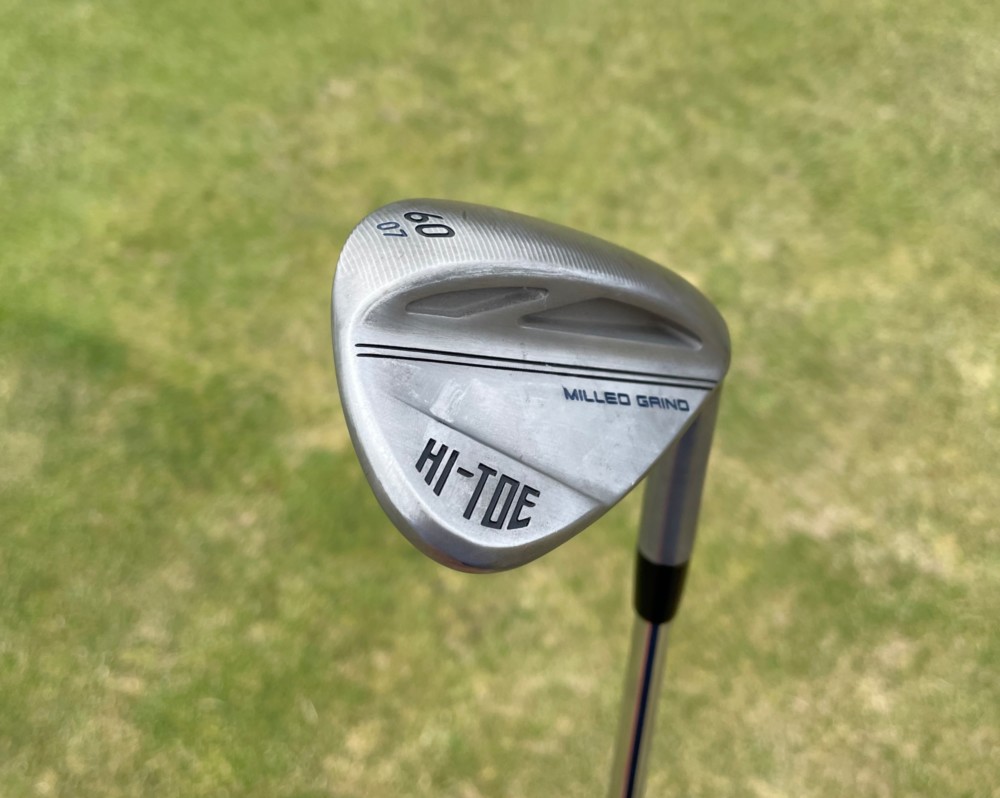 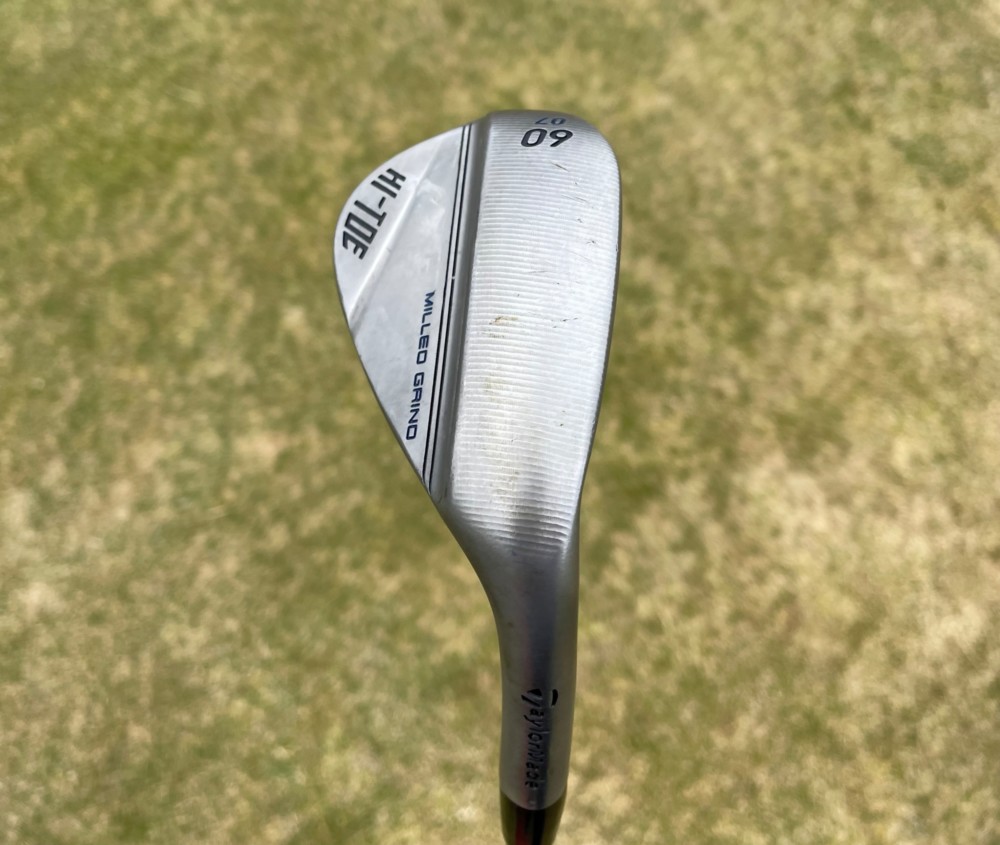 We talk about the Tiger influence all the time, especially with Collin Morikawa and this time it came in the form of Collin going with a P·770 2-iron with a Tensei White 100TX shaft instead of a 5-wood to be able to hit that stinger type shot off the tee.

As expected, Collin dipped back into his strategy from last year’s Open Championship where he won at Royal St. Georges and swapped his P·730 7-PW for P·7MC irons making his 5-PW all MCs. For why, check out this incredible feature from our content team that fully dives into the backstory of his championship winning change in 2021. 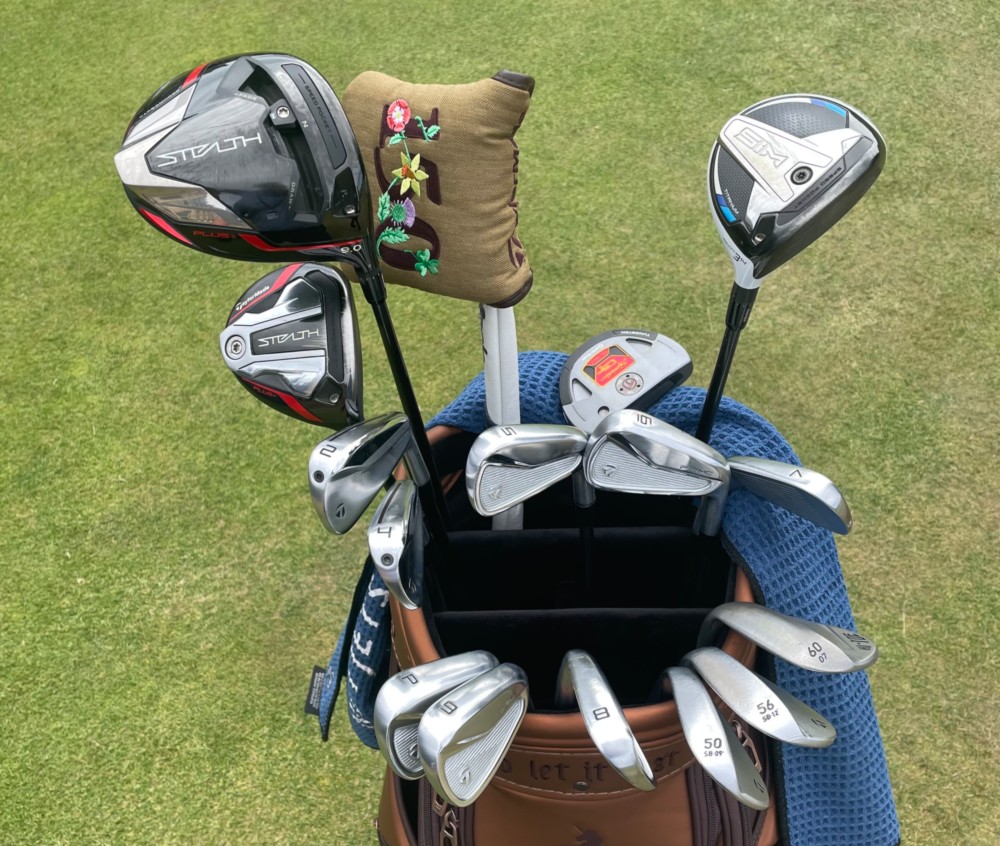 Dustin Johnson, per usual, has continued to tweak the top of his bag based off of the demands of the golf course. At the US Open, DJ went: Stealth Plus 10.5° driver, Stealth 18° 5-wood, Stealth 21° 7-wood and Stealth 24° 9-wood. Due to the firmness of the golf course, DJ modified his set up for the week to battle through the wind of the Old Course.

This week, DJ’s set up goes: Stealth Plus 10.5° driver, Stealth 16.5° HL 3-wood, Stealth 21° 7-wood and his DJ Proto 3-iron gets the call to be back in the bag for the first time since the Byron Nelson in early May. DJ will use his 3-iron to pierce the wind at St Andrews and use it as a reliable option off the tee, especially on the back nine. 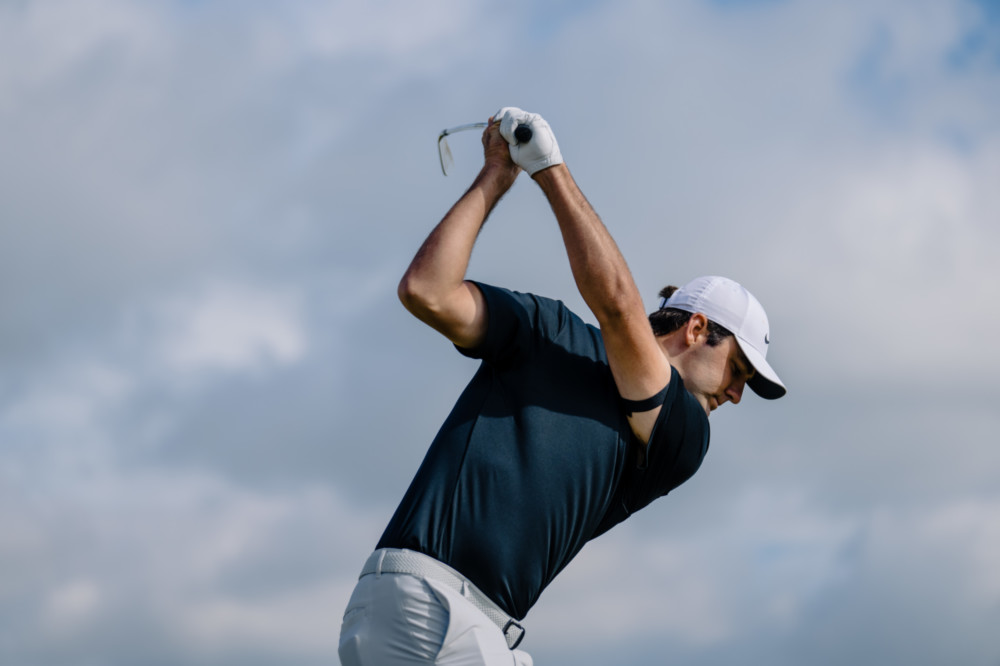 Scottie Scheffler remains consistent in his bag, leading to an opening round 68. When we spent time with Scottie during practice rounds, he frequently hit multiple balls out of the fairway and the rough in order to get comfortable with the turf interaction throughout the golf course. Seems like that worked out well after an opening round 68! His bag, per usual, has stayed consistent:

Meanwhile, Tommy Fleetwood followed the model of Rory and DJ identifying his best option off the tee for fairway finders through the wind by choosing his TF Proto 3-iron to kick off his iron set up. However, the 3-iron is built to a 2-iron spec meaning Tommy isn’t actually playing a 3-iron this week. 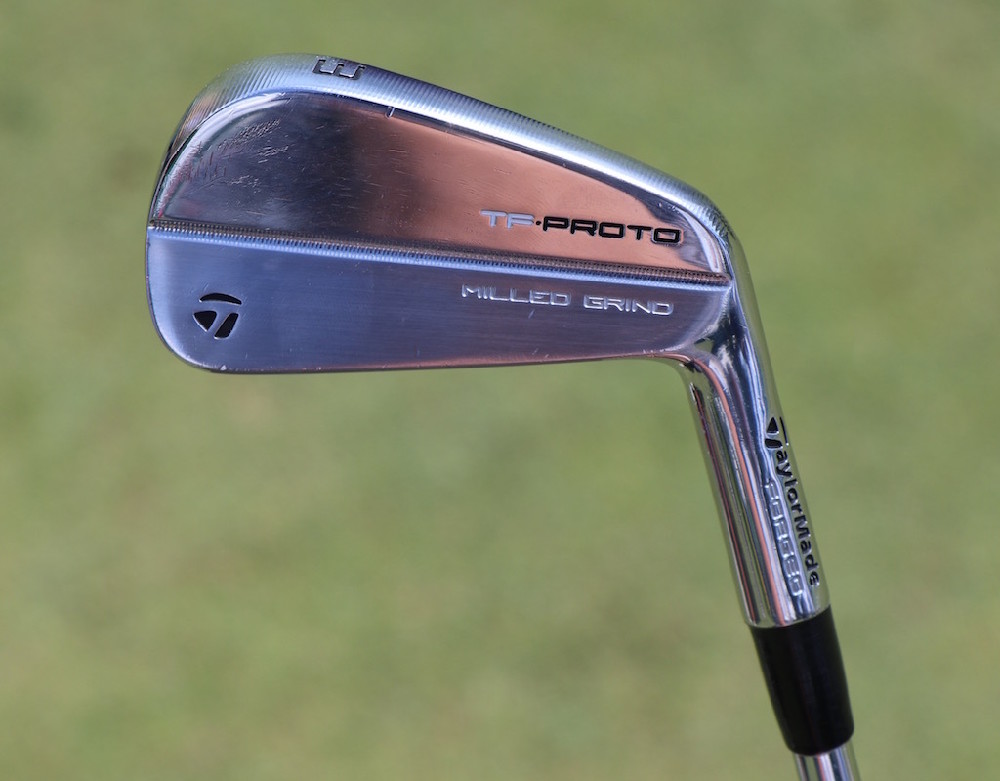