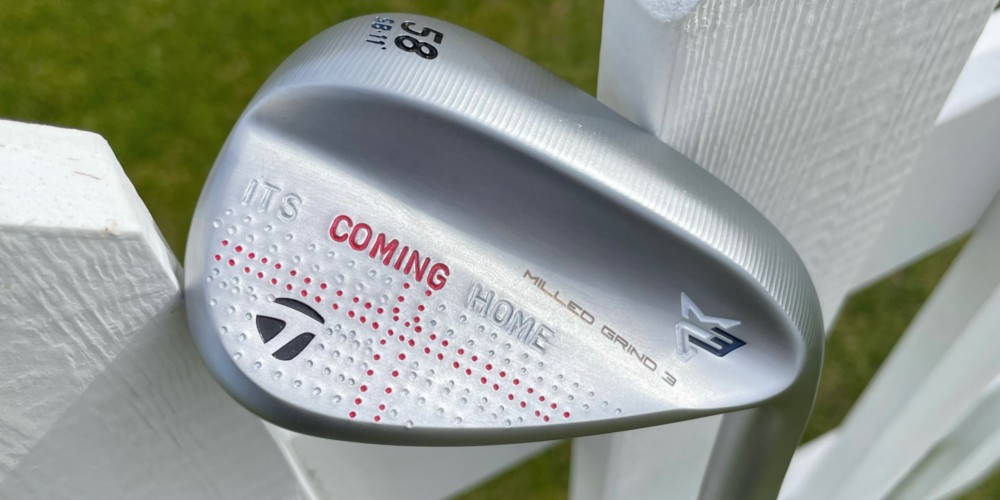 Entry in the Promotion does not constitute entry into any other promotion or contest. By participating in the Promotion, each entrant unconditionally accepts and agrees to comply with these Official Rules and the decisions of Taylor Made Golf Limited trading as TaylorMade, of TaylorMade Court, Jays Close, Viables Business Park, Basingstoke, Hampshire RG22 4BS, UK (“Sponsor”), which shall be final and binding in all respects. This Promotion is void where prohibited. This Promotion is in no way sponsored, endorsed or administered by, or associated with, Facebook, Instagram or Twitter or any other social media platform (the “Social Media Platforms”).

By entering into this competition, the Entrant understands that their data may be shared with the above named third parties for the purposes of this Promotion.

ELIGIBILITY: Open only to residents of Germany, France, Sweden, the United Kingdom and the Republic of Ireland who are sixteen (16) years old or older as of time of entry. Officers, directors, and employees of Sponsor and its advertising and promotion agencies (all such persons referred to collectively as the “Promotion Entities”), and each of their immediate family members and/or people living in the same household are NOT eligible to enter the Promotion or win a Prize.

There is a limit of one (1) entry per person. The prize draw is free to enter, and no purchase is necessary.

GENERAL CONDITIONS OF ENTRY: The Twitter website database clock is the official timekeeper for the Promotion. Proof of entering information is not considered proof of delivery to or receipt by Sponsor of such entry.

Entry must be made by the entrant. Entries made by any other individual or any entity or by any device to create automated entries will be disqualified from this Promotion. If the identity of the individual who actually submitted an entry cannot be resolved to Sponsor’s satisfaction, the affected entry will be deemed ineligible. The Promotion Entities shall not be responsible for incorrect or inaccurate entry information howsoever caused. The Promotion Entities assume no responsibility or liability for any error, omission, interruption, deletion, theft or destruction, or unauthorized access to, or alteration of entries.

DATA PROTECTION: TaylorMade is committed to complying with the provisions of (EU) regulation No. 2016/679 of 27 April 2016 and applicable Data Protection laws including the Data Protection Act 2018 relating to the protection of individuals regarding the processing of personal data and the free movement of personal data (the GDPR). Except as otherwise contemplated in these Official Rules, and to the extent entrants may otherwise elect at the time of entry, personal information collected in connection with the Promotion will be used for this promotion only in accordance with the online privacy policy available at http://taylormadegolf.eu/privacy/privacy,en_GB,pg.html#privacy , Any communication or information transmitted to Sponsor by e-mail, via twitter.com, Instagram or otherwise is and will be treated as non-confidential and non-proprietary. You are providing your information to Sponsor and not to Twitter, Instagram or other social media channels (where used).

The Entrant’s Personal Data provided as part of this promotion is not retained by the Promotion Entities beyond the length of time required for the promotion and allocating the prize. After this period, TaylorMade will destroy the Entrant’s Personal Data it holds unless the participant has consented to using their contract details for marketing purposes, see clause 3 above. Greenroom Digital (see clause 3 above) will keep all competition data for at least a 2 year retention period after the end of the promotion to resolve any queries or disputes in relation to the competition and may share it with TaylorMade for that purpose.

The Entrant has at any time the right to information about their personal data stored at the Sponsor and to further information concerning data processing as well as to rectification, deletion or restriction of processing. For the assertion of these rights, the Entrant may turn directly to: privacy@taylormadegolf.com

For Entrants based in the UK this is the Information Commissioner's Office, Wycliffe House, Water Lane, Wilmslow, Cheshire, SK9 5AF.

For Entrants based in France this is CNIL, 3 Place de Fontenoy TSA 80715 75334 PARIS CEDEX 07 France or they can be contacted through their website at https://www.cnil.fr/fr/cnil-direct/question/adresser-une-reclamation-plainte-la-cnil-quelles-conditions-et-comment.

For entrants based in Sweden this is Datainspektionen Box 8114, 104 20 Stockholm or they can be contacted through their website at https://www.datainspektionen.se/

For entrants based in Republic of Ireland this is Data Protection Commission, 21 Fitzwilliam Square South Dublin 2 D02 RD28 Ireland or they can be contacted through their website at https://www.dataprotection.ie/

For entrants based in Germany this is the competent authority being the local supervisory authority (Landesdatenschutzbehörde) of the respective state where they live.

ENTRANT'S GRANT OF RIGHTS: Each Entrant agrees that the Sponsor shall have the right to announce or publish the winners and their twitter name handle or Instagram handle via the Social Media Platforms or to provide their name and their town of residence information upon request unless the Winner advises that they object to such publication. The Sponsor shall seek informed consent of the Winner in the event that they wish to use the Winner’s image for any promotional material in whatever format and on the understanding that no compensation or payment in addition to the Prize will be made to the Winner for such promotional activities.

WINNER SELECTION AND NOTIFICATION: At the end of the Promotion Period, Sponsor (or its designee) will conduct one random draw from all eligible entries received during the Promotion Period to select one prize winner. The winner will be contacted (as set out below) and, unless agreed otherwise, announced publicly on twitter by their twitter name handle and or Instagram by their Instagram Handle. If you are the winner, you may have to provide additional information (including proof of age or identity or contact details and where to deliver the prize) and/or complete additional documents and return them to the Sponsor within a specified period.

Attempts to notify potential winners will be made using the direct message function on Twitter or Instagram or via e-mail using the information submitted by the entrant to Sponsor or its Third Party Application Provider. Sponsor shall have no liability for any prize notification that is not received by a potential winner for any reason beyond the sponsors control. Reasonable efforts will be made to contact the prize winner. If any potential prize winner does not accept the Prize within 7 days, or cannot be contacted, or declines the Prize or is unable to comply with the Official Rules, Sponsor reserves the right in its sole discretion to offer the Prize to an alternative prize winner or to declare the prize as being forfeited and un-awarded.

The Prize shall, where possible, be shipped within 90 days from the Winner’s acceptance of the Prize. Where shipping delays are caused due to the COVID-19 pandemic, the Prize will be shipped as soon as reasonably possible in the circumstances.

GENERAL PRIZE CONDITIONS: No cash alternative or substitution of Prizes will be allowed, except Sponsor reserves the right to substitute prizes of comparable value if any Prize listed is unavailable for any reason. The Prize is non-assignable and non-transferable. Any Prizes pictured in point-of-sale, online, or print advertising, or other Promotion materials are for illustrative purposes only. The Prize is provided as is. The Winner shall be solely responsible for all and any taxes incurred by them as a result of winning the prize. All details and other restrictions of the Prize not specified in these Official Rules will be determined by Sponsor in its sole discretion.

GENERAL LIABILITY RELEASE/FORCE MAJEURE: Entrants agree that the Promotion Entities and the relevant Social Media Platforms (such as Twitter)

(A) shall not, to the greatest extent permitted by law, be liable for any and all costs, injuries, losses, or damages of any kind, including, without limitation, death and bodily injury (other than directly arising from the Sponsor’s or Promotion Entities’ negligence or where liability cannot be limited or excluded by law), due in whole or in part, directly or indirectly, to participation in the Promotion or any prize-related activity (where relevant), or from entrants’ acceptance, receipt, possession, and/or use or misuse of any Prize, and

(B) to the greatest extent permitted by law, no warranty, representation, or guarantee is provided in respect to any Prize. No liability is excluded or limited if it arises from fraud.

Sponsor is not responsible for incomplete, late, or unreceived prize notifications, or errors in IT, internet, electronic communications or other errors, where such errors are outside the control of the Sponsor.

The Prize as described in clause 1 above is available on the dates of posting. Events may occur that render the Prize draw or the awarding of the Prize impossible due to reasons beyond the control of the Sponsor and accordingly the Sponsor may, where permitted by applicable law, at its absolute discretion vary or amend the Promotion without prior notice or liability when events outside of the Sponsor’s control or actions or inactions of a third party make this necessary. There is no cash or product alternative to the stated Prize

If the Promotion is terminated before the designated end date, Sponsor will (if possible) select the winner in a random drawing from all eligible, entries received as of the date of the termination. Unless otherwise stated in these Official Rules, the invalidity or unenforceability of any provision of these Official Rules shall not affect the validity or enforceability of any other provision. In the event that any provision is determined to be invalid or otherwise unenforceable or illegal, these Official Rules shall otherwise remain in effect and shall be construed in accordance with their terms as if the invalid or illegal provision were not contained herein.

Nothing in these official rules shall have the effect of limiting or excluding any statutory rights of an entrant who is a consumer.