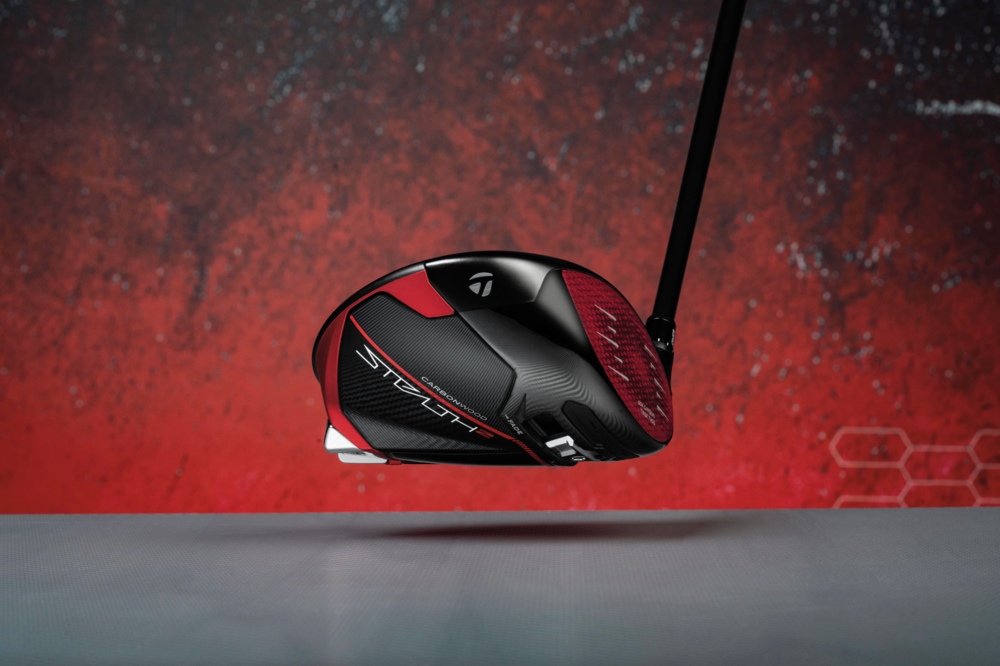 When we kicked off the Carbonwood Age with the original Stealth driver, we promised golfers that it was only the beginning. Carbon-faced drivers offered a new starting line with a long runway for design and performance improvements.

We jumped out to a fast start, with Tour pros and amateurs alike experiencing ball speed gains with Stealth, and in 2023 we're now entering the second leg of this race with a leg up on the field.

To put it simply, the family of drivers, which includes Stealth 2 Plus, Stealth 2 and Stealth HD, utilizes more carbon than any design in TaylorMade history. Stealth 2 has nearly double the amount of carbon compared to the original, while Stealth 2 Plus features 75% more carbon usage.

We went so far with this design that we had to devise a new word to describe the performance – FARGIVENESS. (Insert smirking face emoji.) Given the "FARGIVNESS" moniker, you may have guessed that the primary focus across the entire lineup is increased forgiveness, which we achieved through a modified face construction and a new body configuration.

Before we break down the difference between the three models and help you select the best Stealth 2 driver for your game, let's look at each driver's commonalities.

Each Stealth 2 model features an enhanced version of 60X Carbon Twist Face – a revolutionary face design that led to better energy transfer at impact for boosted ball speeds. We've redesigned this year's face to be even more efficient and forgiving by making it lighter – it weighs in at 24g, which is 2g less than the original. 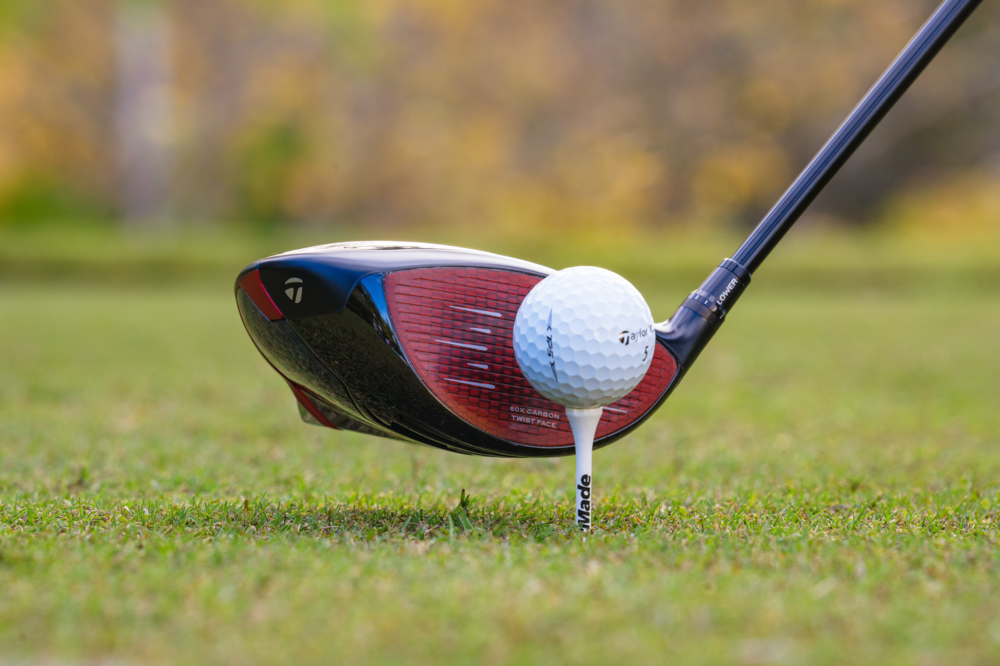 The new 60X Carbon Twist Face is lighter than the previous gen, translating to a better and more efficient energy transfer at impact.

We also lightened it where it matters most for golfers, around the perimeter of the face. While the center of the face has gotten slightly thicker, it's strategically thinner on the perimeter to spread ball speed across the face for more forgiveness and better performance on off-center hits.

From a top level, the science works like this: Because carbon is lighter (and less dense) than steel or titanium, golf balls encounter less resistance at impact and retain more energy for faster ball speeds. By making the new carbon face even lighter, we're adding to the performance gains by reducing the material resistance at impact.

The Ring Returns,
Better Than Ever

TaylorMade's patented ring construction debuted in SIM2 – it's back again, but with a twist. The OG was made from lightweight aluminum. With Stealth 2, we crafted the ring from a carbon composite material to make it even lighter. The benefit? More significant weight savings, so we can strategically reposition more mass to enhance forgiveness in this 2nd gen Stealth driver. 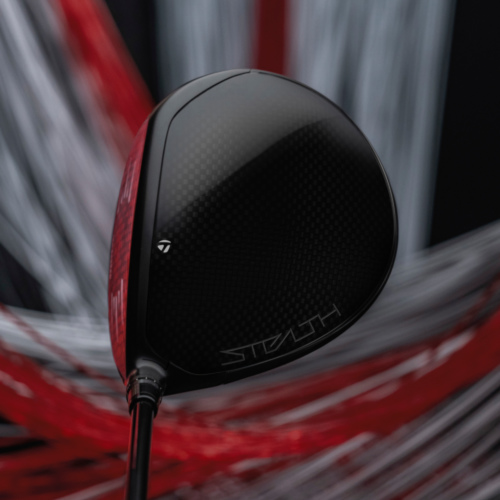 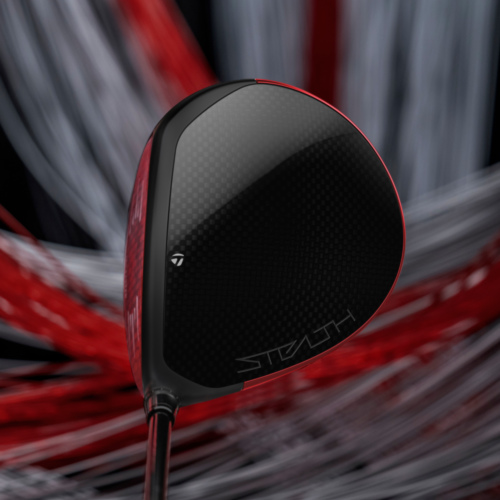 The Carbon Composite Ring is visible from address in the Stealth 2 and Stealth 2 HD models.

While the ring serves the same performance purpose on each model – uniting the driver into a singular force while allowing for the full-body carbon construction – there's also a strategic aesthetic difference. The top of the ring on Stealth 2 Plus is black and creates a sleek monochromatic view at address that better players often prefer. On Stealth 2, the ring has a red highlight around the top of the crown for a slightly larger address appearance and easier alignment. Each model offers exceptional forgiveness and a stylish design that will make them stand out in any golfer's bag.

This year we've altered the look of the Stealth 2 family to have a premium high-gloss crown. This delivers a luxury aesthetic and helps create additional contrast with the red face. For those who still prefer the matte satin crown, the option is available through MyStealth 2 Plus.

From address, you'll also notice a slightly straighter top line and matte front crown design that helps reduce reflection and improve focus when addressing the ball. The contrast between the matte front and high-gloss carbon crown adds a touch of sophistication to the club's appearance. And the face? It's red (of course) but with a few subtle updates, including a more tonal coloration.

Beyond the new 60X Carbon Twist Face and carbon composite ring, several legacy technologies power the entire Stealth 2 Carbonwood family. Those are listed and defined below:

NANOTEXTURE COVER
A polyurethane material forms the nanotexture cover and coats the entire face to optimize launch properties, rain or shine. It creates the face texture needed to produce the ideal amount of friction at impact.

ASYMMETRIC INERTIA GENERATOR
The Asymmetric Inertia Generator produced the revolutionary shape that inspired the entire SIM driver lineup, and it remains the foundational source of refined aerodynamic properties with Stealth 2. It results in a slippery-fast head shape that aids in swing speed generation at the most critical phase of the downswing – just before impact. It also has the added benefit of enhanced forgiveness due to extra weight positioned low and back.

THRU-SLOT SPEED POCKET
The Speed Pocket™ is a timeless TaylorMade technology. It's evolved over the years into our most flexible design, engineered to maximize ball speeds and produce additional forgiveness on low-face strikes.

PREMIUM SOUND
We knew that sound would be a big question mark for many golfers. That's why our team of engineers obsessed over creating the perfect pitch with Stealth 2. They used a combination of curvature, shape, and internal stiffening ribs to finely tune acoustics, delivering a sound profile that is both bright and powerful to match TaylorMade drivers through recent years.

Now, let's get into the characteristics that make each Stealth 2 model unique.

The biggest point of differentiation for Stealth 2 Plus is a 15g sliding weight positioned along the sole, which allows you to customize performance based on your swing and desired shot shape. The FCT Loft Sleeve is used to further optimize launch and trajectory. It is the lowest-spinning model in the family. Still, it features exceptional forgiveness thanks to the new Carbon Reinforced Composite Ring, increased material usage of carbon and a 15g rear weight. In fact, it boasts a 9 percent MOI increase compared to the original Stealth Plus. 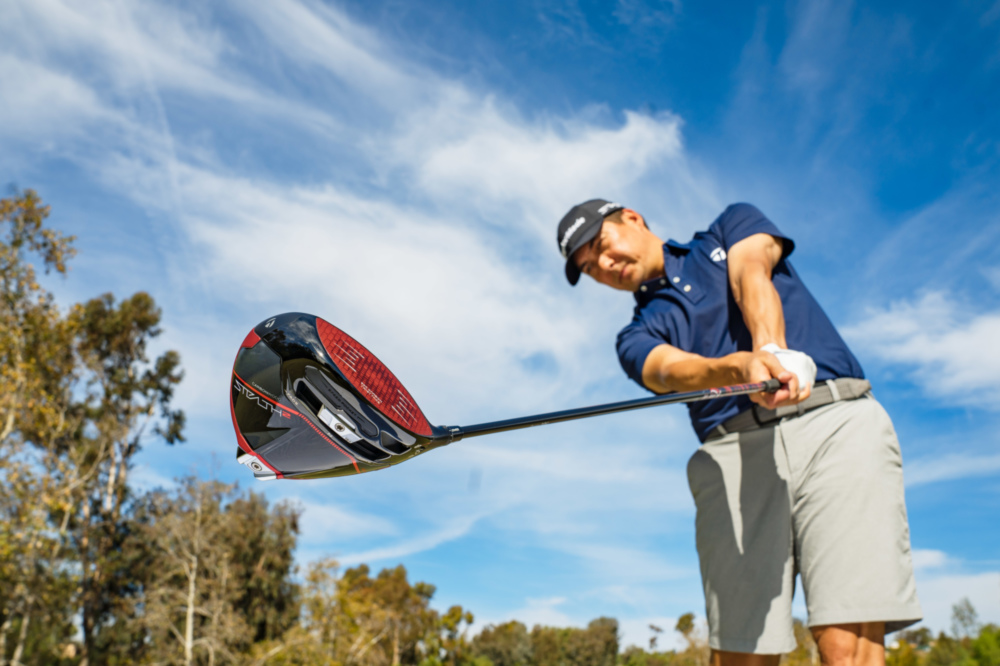 The reconstructed Stealth 2 driver delivers high MOI performance with a heavy 25g tungsten weight positioned on the Inertia Generator. The TSS (TaylorMade Swingweight System) weight is strategically located on the sole to encourage optimal launch and spin properties, delivering complete performance while allowing the driver to be tuned for swingweight in custom. The carbon ring on Stealth 2 and Stealth 2 HD stands out, as it is entirely red and visible at address, unlike Stealth 2 Plus. 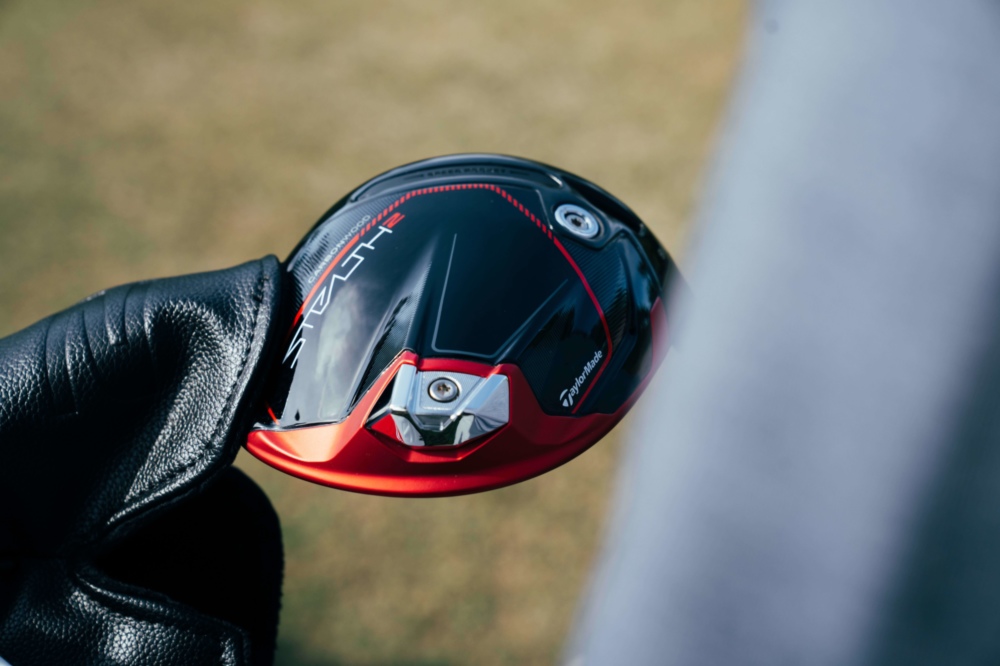 Engineers utilized weight savings from the full-body carbon construction to shift the Inertia Generator with its heavy 30g weight closer to the heel in Stealth 2 HD, creating high launch and draw-bias with extreme MOI. Stealth 2 HD is the most stable and forgiving driver in the family. 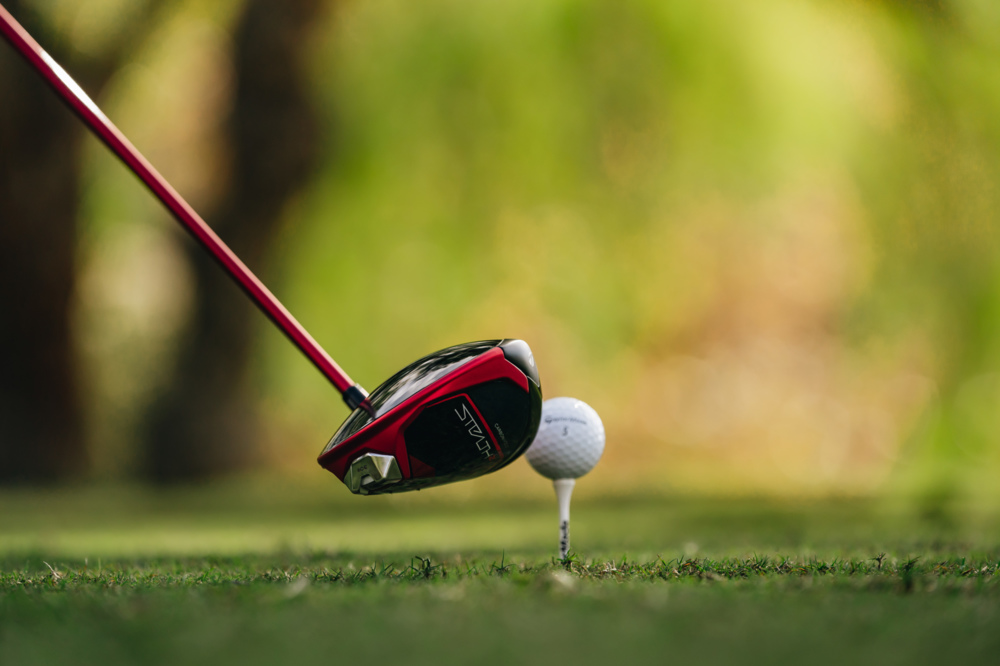 Featuring a lighter head weight than the standard HD model and a unique colorway, Stealth 2 HD Women's driver is designed to enhance clubhead speed. It maintains the high MOI head design for easy, high launch with a draw bias.

With MyStealth 2 Plus, there are plenty of personalization options this year. Nine different face colors, five different ring colors, two crown options, two weight color options, two top line options and two alignment options. So, have at it. Personalize until your heart is content.

Stealth 2 Plus, Stealth 2 and Stealth 2 HD drivers will be available for preorder on January 10 and at retail on February 17.

When selecting the ideal Stealth 2 model for your game, there's no substitute for being custom fit by one of our many master fitters located around the country and the world (click here to find your nearest fitter). However, it's our hope that this article gives you the knowledge, confidence and insights to select the right Stealth 2 Carbonwood for your game.