Joël Stalter overturned a four-stroke deficit on the final day to card a two-under 68 in dreadful weather at Golf Club Adamstal.

“It’s been my biggest dream since I turned pro, it’s amazing.”
Joël Stalter 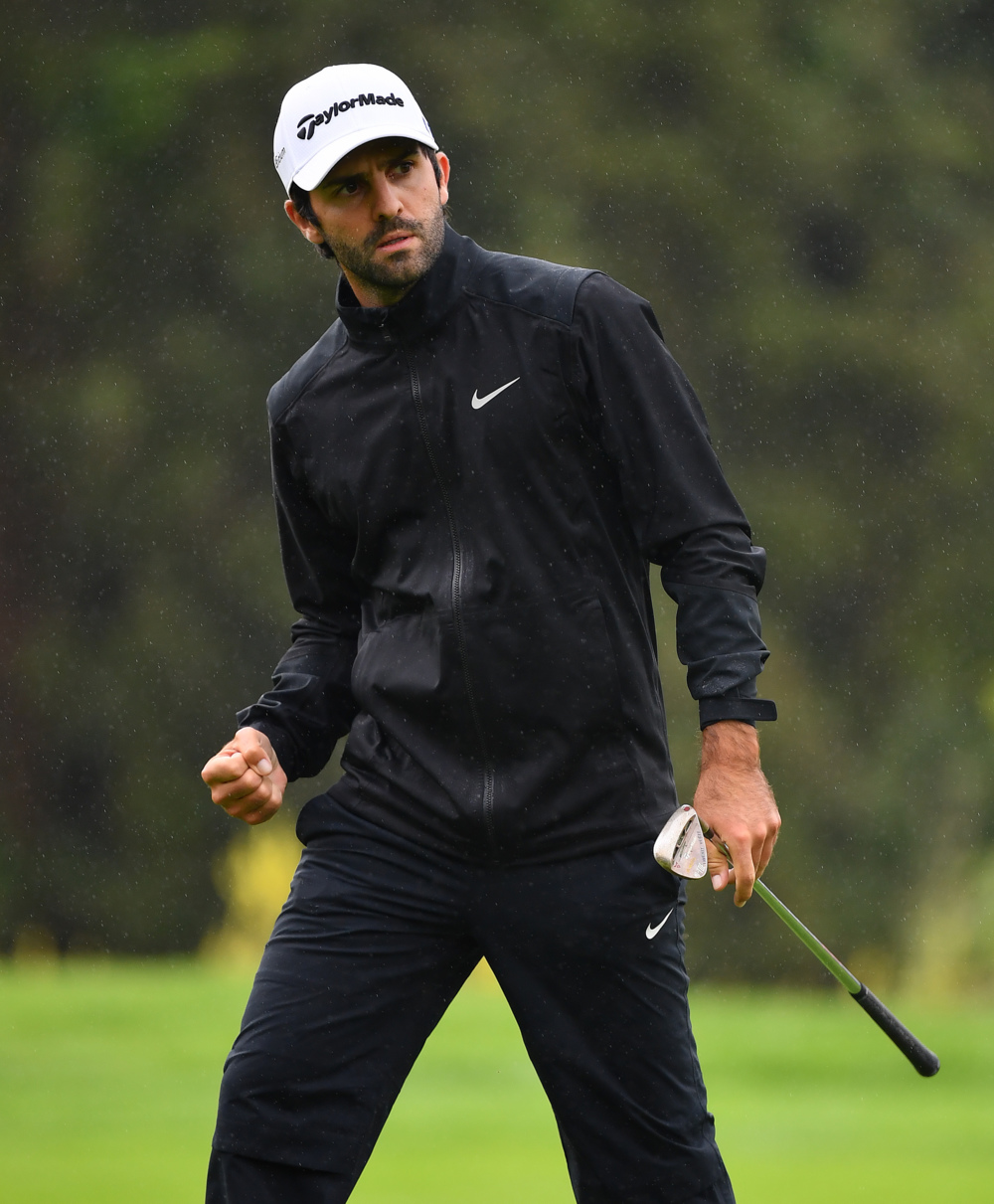 Joël started the day chasing 54-hole leader but moved ahead after a birdie on the tenth. With a bogey on the 14th, he recovered with a birdie at the 15th and parred his final three holes to set the clubhouse target at 14 under par.

“On 15 it was such a great birdie. I had a tough chip in front of the green and chipped it to a foot – it was probably the best shot of the day. In that moment it really was something, being able to prove to myself that I could play aggressively and not fold under pressure.”

Joël was quick to credit his fiancée Flora, who was also his caddie this week. He credited her as part of his success, keeping him in the right mentality and smiling throughout the horrendous playing conditions.

Joël shot 65-65-68-68 en-route to his maiden European Tour victory, which elevates him to 65th in the Race to Dubai and moved him inside the top 300 in the World Official Golf Rankings.